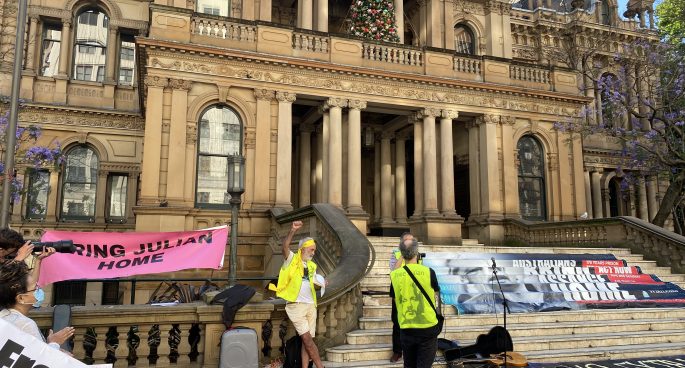 For over a year, people have been gathering at Town Hall’s steps in Sydney every Friday to raise awareness for the need of justice, and the declining well-being of Australian journalist and whistleblower Julian Assange.

Briannah spoke to Tony Wakeham who has attended every rally about the goal of protestors, turnout and how people can show their support for bringing Assanage home.

This photo was taken on the 27th of November by Briannah at the rally commemorating one year of gathering at Town Hall steps.