The 20 Year Action Plan for Antarctica: what does it mean? 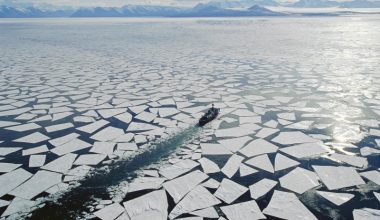 Could Australia’s future relationship with Antarctica be in jeopardy?

The government released the 20 Year Australian Antarctic Strategic Plan in 2014, which contains recommendations for advancing our interests on the continent.

In April this year, the government issued its response by releasing the Australian Antarctic Strategy and 20 Year Action Plan.

So what does this plan mean for Australia?

We were joined by Dr. Tony Press, Adjunct Professor at the Antarctic Climate and Ecosystems Cooperative Research Centre, to find out more.

The 20 Year Action Plan for Antarctica: what does it mean?