The 20th Anniversary of Shine: a chat with Director Scott Hicks 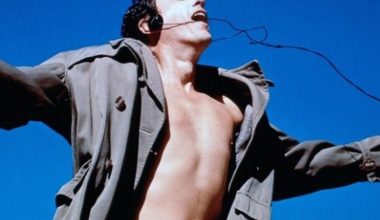 20 years ago, Shine, directed by Scott Hicks, graced our movie screens with its biographical portrayal of Australian piano prodigy David Helfgott, played by Geoffrey Rush. Shine follows Helfgott’s growth as a musician alongside his mental breakdowns he suffered throughout his career.The film earned Rush an Academy Award for Best Actor in a Leading Role along with a BAFTA and Golden Globe. Nic looks back on the iconic film and spoke with the Director.

The 20th Anniversary of Shine: a chat with Director Scott Hicks Can I Speak to the Karen in Charge?

We discuss chapters 5-9 of Good Murder by Robert…