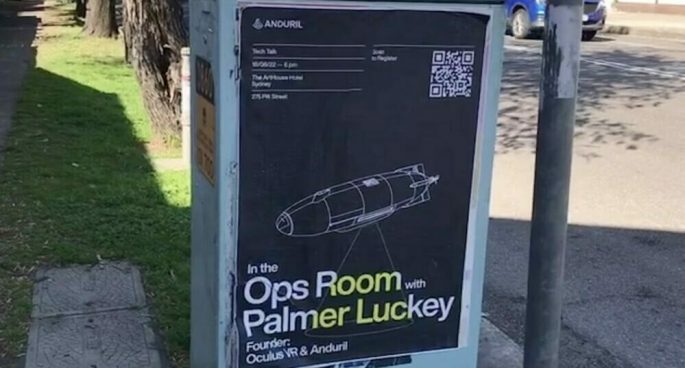 A US based defence company has been conducting a poster ad campaign in Sydney over the last month.

The company, Anduril was promoting a recent talk given by CEO Palmer Luckey, in an effort to grow their recently established Australian arm.
Anduril recently secured a contract with the Royal Australian Navy to develop three prototype autonomous submarines in Sydney.

This raises questions surrounding the safety and ethics of utilizing artificial intelligence in weaponry.