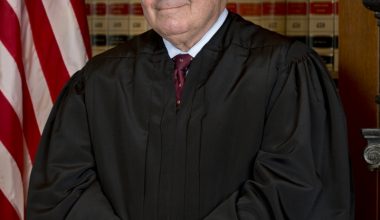 US supreme court justice Antonin Scalia has died over the weekend while on a hunting trip in Texas. Scalia’s death has prompted a lot of controversy in US politics shaking up what has already been an unconventional election year.

President Obama praised him for his service and calling him “larger than life”. But the push to replace him is already in full swing with Obama and other Democrats calling for an immediate replacement.

But in a hotly contested election year, the replacement nominee is likely to face many hurdles before reaching the court. The hostile response to an Obama nominee from the Republicans has set alight the political sphere. Republicans have called Obama a “lame duck” and hence should not appoint a successor.

The Daily Spoke to Jonathan Bradley, Publications Editor from the United States Studies Centre at the University of Sydney.