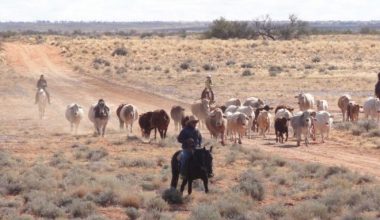 Treasurer Scott Morrison has knocked back the sale of one of Australia’s largest beef producers S.Kidman and Co to China’s Dankang Australia Holdings, saying the deal was ‘contrary to the national interest’.

Will the Australian government’s move to block the sale of the country’s largest cattle empire to a Chinese company affect Chinese investment in Australia?

We were joined by Professor James Laurenceson, Deputy Director at the Australia-China Relations Institute at UTS, to discuss the government’s block of the cattle empire and its possible impact on Chinese foreign investment in Australia.