Avengers: Endgame – Whatever it Takes 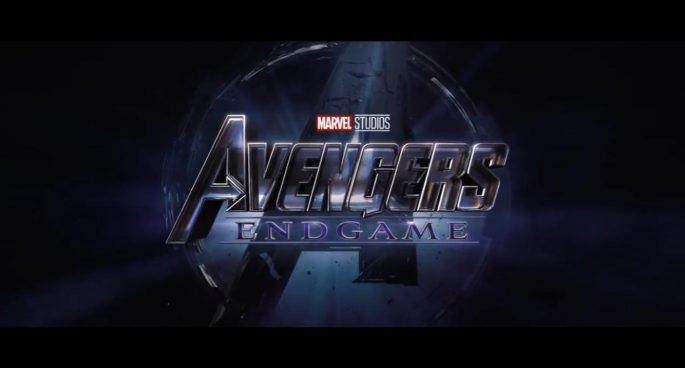 Avengers: Endgame (2019) is the 22nd film in the Marvel Cinematic Universe and is the culmination of what is now dubbed as the ‘Infinity Saga’. Directed by Anthony and Joe Russo, the film immediately takes place after the decimation and heart-breaking events of Avengers: Infinity War (2018). Avengers: Endgame promises to bring closure to the stories and characters that fans have known and loved for over a decade.

Without giving too much away, the main goal and focus of the characters who survived Thanos’ snap is simple and direct. They must find a way to bring back the characters who were dusted after Thanos used the Infinity Gauntlet and Infinity Stones to wipe out half of the universe’s population. With the help of characters such as Hawkeye, Ant-Man, and Captain Marvel who were not present in the previous film, the remaining Avengers are desperate to find a way to reverse the snap. Driven by grief, anger, anguish, and heartache, the Avengers decide that they must do whatever it takes. 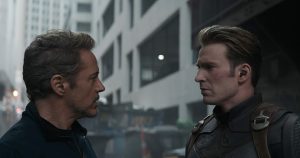 Avengers: Endgame is incredibly thrilling and is best to be experienced spoiler-free. The film is exhilarating and will definitely leave audiences on the edge of their seats regardless if they consider themselves a superfan or just a casual viewer. Unlike Avengers: Infinity War, Avengers: Endgame focuses on less characters and effectively shows the more humane side of Earth’s mightiest heroes. The film explores the strong relationships and dynamics between the characters which have been built on for the past eleven years. It also mainly focuses on the original six Avengers- Iron Man, Captain America, Thor, Hulk, Black Widow, and Hawkeye- which nicely allows the saga to come full circle. Avengers: Endgame highlights how Thanos’ actions in the previous film has made the fight more personal for our heroes. Suddenly, it’s not about saving the world; it’s about saving their families and those closest to them.

Ultimately, the film’s ending offers a conclusion to many beloved characters, especially the original six, and neatly ties up their character arcs. It is extremely satisfying but nevertheless, bittersweet.

Avengers: Endgame is densely packed with references and easter eggs that cleverly pay tribute to the previous 21 films in the Marvel Cinematic Universe. Most of these references are often subtle, short, and sweet, meaning that the average viewer may not be able to quickly connect the dots. For the average viewer, the reference may completely go over their head, unlike Drax who has quick reflexes, and thus, the moment may not be as appreciated. However, these scenes will definitely leave long-time Marvel fans quoting Captain America as they realise that they “understood that reference”. That being said, it is not essential for viewers to marathon the entirety of the Marvel Cinematic Universe’s film catalogue, starting with Iron Man (2008) all the way to the latest instalment, but their experience would undeniably be enhanced if they were able to catch on to these little quips. 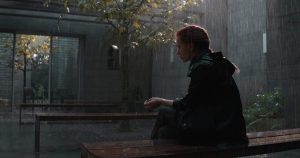 When viewing Avengers: Endgame for the first time, it became very obvious that every single film has led up to this moment. It is clear that the plot of each Marvel Cinematic Universe film has in a way contributed to the larger narrative, whether that be through the introduction of characters, objects, or plotlines. The Marvel Cinematic Universe has been a huge game player and innovator in the film industry as it has effectively created a shared universe that is intricately connected with one another.

As the saga has spanned for eleven years, Avengers: Endgame becomes emotionally overwhelming to most fans as they realise that the story that they grew up with is suddenly coming to an end. Now, we know that the film does not mark the end of the Marvel Cinematic Universe, we still have Spider-Man: Far From Home (2019) before Phase Three officially ends, but Avengers: Endgame ultimately concludes the plotline of Thanos, the Infinity Stones, and the arcs of various main characters. For the first time since The Incredible Hulk (2008), a Marvel Cinematic Universe film does not end with a quick end credits scene, but with the sound of a hammer hitting metal several times as the Marvel logo fades to black, taking the audience back to the start where Tony Stark made the first Iron Man suit in a dark, gloomy cave.

Audiences, both critics and the general public, have praised Avengers: Endgame, often describing it as a perfect way to end an era of films. Online reviews have been overwhelmingly positive, with the film receiving a 95% on review-aggregation site, Rotten Tomatoes, and a high 9/10 from users on IMDb. The film’s box office results also highlight its success. As of the 2nd of May, 2019, the superhero film has made over $1.5 billion US at the worldwide box office on its first official week of release, with over $1 billion of that amount made internationally. American ticketing site Fandango has also stated that 85% of customers are seeing Avengers: Endgame for a second time in comparison to Avengers: Infinity War. If the film remains to dominate at this rate, it is no question that it will continue to break box office records both domestically and internationally. 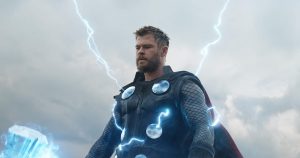 Avengers: Endgame is incredibly poignant yet also cathartic. It successfully ties up loose ends whilst also reminding the audience that the universe is much bigger than we expected. It is a grand way to end an era of films but also sets up the question and excitement of ‘what now?’. The film brings with it a bittersweet tone as the original six Avengers’ storylines are concluded, and although we may never see these characters together on the big screen again, their legacies are sure to remain in the memories of thousands of fans who found joy within this franchise. And for that, Avengers, we thank you.