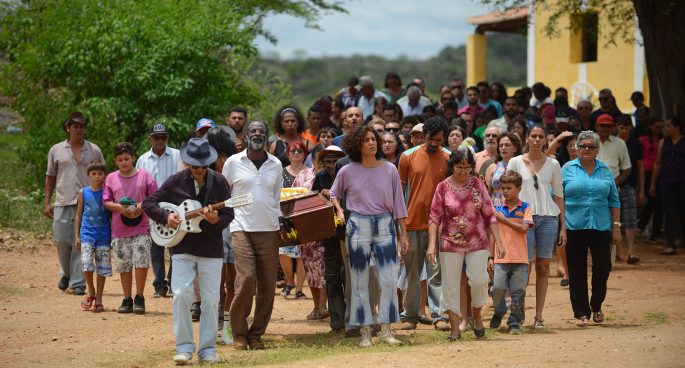 The new Brazilian film Bacurau premieres tonight at the Sydney Film Festival. What starts as a gentle drama about life in a rural village turns into a strange genre-bending ride about the sinister forces conspiring to destroy the village, and its people banding together to fight back. Chris Evans from 2SER’s Film Fight Club spoke with co-directors Kleber Mendonça Filho and Juliano Dornelles.