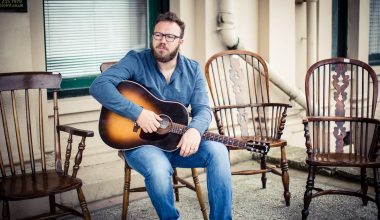 After seven albums with Gomez, the front man Ben Ottewell has now released three solo albums as well and is currently touring Australia. Most recent album, A Man Apart, is a beautifully flowing album with intricate guitar and Ben’s trademark gravelly voice. To find out more about the album and man, Mick had Ben in the studio for a chat.