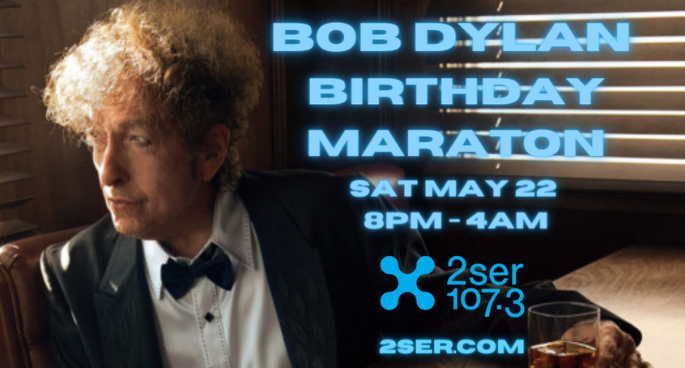 A highlight of the 2SER calendar since 1985, we’re extremely excited to announce that  The Bob Dylan Birthday Marathon returns to 2SER on Saturday 22nd May to celebrate the 80th birthday of the Picasso of Rock, Bob Dylan. In the 2021 edition, Emma Swift will discuss her album of lockdown Dylan covers, Blonde On The Tracks plus the program will feature Dylan news, reviews, interviews, the Dylan quiz and all the Bobsongs that fit.
2SER volunteer Dom Romeo interviewed two of the Marathons hosts over the years, Bill Kitson and Robin Weston, here are their stories!

By Bill Kitson, co-host of the Bob Dylan Marathon

I was thirteen years old, listening to my transistor radio and heard Bob Dylan’s ‘Like a Rolling Stone’ and thought, “what the hell’s that?” I went down to my local record store and they sold me the single and then I went back and bought all the albums Dylan had previously put out. I’ve been a fan ever since. It’s like growing up with Bob – I look back over the years and think “yes, this happened the year ‘Like A Rolling Stone’ came out’,”1  or “Blood on the Tracks – that’s when my child was born…”2  It’s a privilege to be able to follow somebody’s career for so long with all the twists and turns – going from folk to rock to folk rock to country to… all the changes he’s gone through. He’s a walking encyclopedia of music. He’s got an incredible ear. 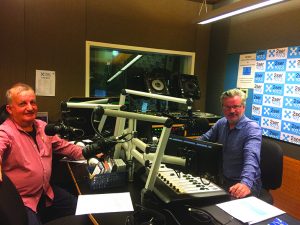 I went back to uni as a mature-age person in the mid-’80s, when UTS was still the Institute of Technology, to do a communications degree. Arnie Goldman was a lecturer… I forget which class it was supposed to be; it was about William Blake and Arnie would frequently digress and start talking about Bob Dylan. In the mid-’80s you felt lonely as a Bob Dylan fan – it was not a good period for him. So to come across someone who really appreciated Dylan… I went up to Arnie and told him how I’d been a fan for 20 years. He said, “Ah! We’re going to do a radio show.”

I think it was basically Bruce Williams’s idea: playing every Bob Dylan album. Back then you almost had enough time to play them all.  Arnie put me onto Bruce and I became part of the program. That was around Empire Burlesque.3

The first couple of shows went for ten hours. We’re getting old! Six hours is long enough now. Actually, it goes from 8pm to four in the morning – eight hours. We’re in the studio until 2am, then we put on two hours of pre-recorded stuff. I do most of the editing, Bruce does all the panelling. He does a fantastic job, six hours straight. I get a lot of input from the Bob Dylan Society in Sydney. We meet once a month and whatever is happening, we share it. We’ve been meeting for 28 years and we’ve all become good friends so it’s like getting together with your mates.

We won an award from a magazine. The person who presented it was John Howard. He was Opposition Leader – around Dylan and the Dead4 – another very forgettable album. I was tremendously relieved when Oh Mercy came out.5 It was definitely a ‘come back’. The ’80s weren’t a complete write-off – there was Infidels6 which was a great album – but Oh Mercy was a breakthrough. It was the first step of the third quarter of his career, where he starts talking about mortality and sounding like an older man.

Half of the Marathon’s a request show. After all these years you wouldn’t think, in this period of modern technology, that people still like to ring in and request a song and then wait for it to come on. The first half is whatever’s new, different, rare, unusual… if he does cover versions of other people’s songs or if he does a completely different version of a song… the odd bootleg… anything that’s new! For instance, a few years ago, he did that song ‘She’s Funny that Way’, but he changed the gender of it: ‘He’s Funny that Way’.7  He just does these odd things every now and then.

It’s hard to pick a ‘highlight’ from all the Dylan marathons. We had Gypsy Fire8 come on and do an interview. It wasn’t a ‘highlight’, but it was a bit unusual. We had to rush to the second studio and edit lots of stuff that wasn’t suitable to go on air, about her exploits with Bob. Somebody’s got the original tape somewhere. We used to fantasise about having Bob on the show, but what the hell would you say? “How’s it going, Bob?” He’d say, “Good.” “What have you been doing for the last three months?” “Travelin’.” “Traveling where?” “Anywhere.”

We had very little idea of who’s listening, apart from the people who ring in for requests. I was gratified to discover [in addition to radio listeners in Sydney] we had 4,000 people listening to the last one from all around the world. Wow! We had calls to our quiz from New York and India…. People can listen in from anywhere.

We’re so glad Rough and Rowdy Ways came out.9 It was just such a late career surprise. I don’t think anyone really expected him to come up with anymore original songs, and it’s so good. The band is so tight and so attuned to his every nuance. It’s such a marvelous album. And then there’s ‘Murder Most Foul’ which is utterly brilliant.

Most of the unreleased ‘holy grail’ items have now come out – the ‘Albert Hall’ concert, the complete Basement Tapes, the Rolling Thunder Review material. It’s a rumour they’re gonna release something called Folk Singer next, which is all the ’61–’62 live recordings. It’s logical because the copyright’s come off that stuff. I reckon there’s a hell of a lot of stuff from the ’80s that he never actually completed – alternate versions and unreleased albums. They’re gonna do an ’80s thing one of these years. And I suspect there’s a whole bunch of really good live recordings from his later years – the ’90s on – because the bands he’s got are so good live. They’re so tight. But Folk Singer could be interesting.

“What else is he working on?” This is what we all salivate over. With COVID, he can’t perform live, so what’s he gonna do? He has to stay at home, sit in his hotel room. He has to be doing something – painting, sculpting, writing… Could he actually be working on Chronicles Volume Two? Maybe another original album of songs. You just don’t know, do you? He’s an incredibly unpredictable, highly original person.

Is it Rolling, Rob? – Bob Dylan’s Birthday Bash back pages

Arnie Goldman – who lectured in English at UTS – and I were the originators of the Bob Dylan Birthday Bash in 1985. It was believed by many people that Dylan’s gospel phase signaled the end of his complex career, so when we first proposed the radio special it felt like a one-off, a bit of self-indulgence in the face of overwhelming disapproval. 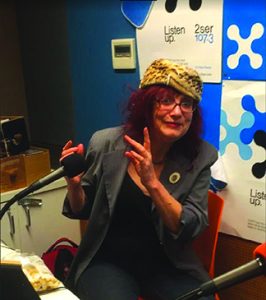 Arnie and I both shared an appreciation for the poetry and the music, feeling that Bob had the right to express his visions as he pleased, so we’d continued to play Bob’s music on our regular programme, Sunday Arts.

Arnie had done postgrad work studying Shakespeare at The University of Minnesota, where his enthusiasm for radio began with his friend Garrison Keillor (responsible for the long-running Minnesota Public Radio show A Prairie Home Companion).

Dylan also had briefly attended the University of Minnesota. It was there that he transferred his attention to folk music, abandoning the early enthusiasm for rock. He’d already started a few bands. Buddy Holly, Elvis and of course the blues were early influences. Much of the lyrical power of Dylan’s work and the profound understanding of human experience derives from what would become a very profound study of the folk tradition.

I began studying for a Drama degree at university in 1968, but with my favourite subjects disappearing in second year, I dropped out. After having a child I re-enrolled at Teacher’s College where I studied Cultures and Beliefs, and became a writer. I studied against the soundtrack of Bob’s music, increasingly astonished by the depths of his innate poetic understandings of culture and humanity. After Comparative Religions was dropped as a school subject I decided to try Radio.

It was in the mid-’70s that Arnie, who’d previously believed that rock’n’roll and poetry couldn’t co-exist, changed his mind. The first all-night Dylan party was celebrated in New York on Bob’s birthday in the late-’70s. And they hadn’t got through all the music overnight even then!

We began to talk about the idea of doing a party celebration on radio as a sort of a joke, in defiance of the critical atmosphere. We certainly didn’t expect to launch a long-running and iconic Event. We were joined first by Bruce Williams, trained in journalism and poetry, who had more radio expertise than the rest of us put together. Bill Kitson, then a student at UTS, joined us with his encyclopedic knowledge of every song and every album.

We were the original four presenters and the stories grew as the programme continued. The first show was a marathon: fifteen hours, and we were arguing about the things that still needed to be heard in the last hour. Bruce edited back the show to various gems and strange babbles and glimpses, and it won the Sonics Magazine Award for the Most Creative use of the Medium of Radio.