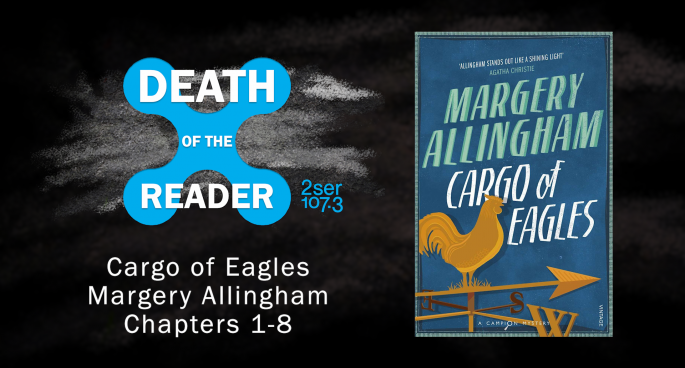 We discuss chapters 1-8 of Margery Allingham’s final Albert Campion novel, ‘Cargo of Eagles’, completed posthumously by her husband Philip Youngman Carter. An aged Campion finds himself the spymaster as the American spy Morty makes his way to the small Essex town of Saltey. As the investigation arrives in the town, their primary contact, lawyer Hector Askew is found dead, a radio playing in his hands, a bullet lodged in his head. Now long past the days of the action hero, can Campion wrangle his team through the grizzly gang-laden underbelly of Saltey? Flex is joined by producer Lachlan Acourt to find out.

We also speak with Mike Ripley, author of ten Mr. Campion continuation novels, the latest of which ‘Mr. Campion’s Mosaic‘, launches October 4th. What are the key elements of Albert Campion that shape Mike’s vision of the character? We ask Mike what sets the spytective apart.