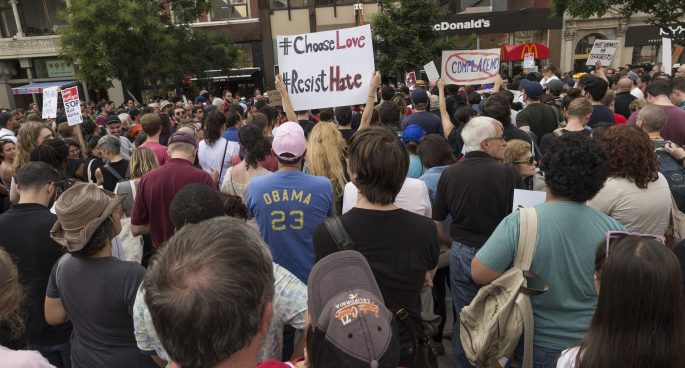 Over the weekend white nationalist protesters clashed with Antifa and other protesters in Charlottesville, Virginia. Originating with a torch lit march of hundreds a number of large scale brawls broke out between the groups, leading to many arrests and injuries over the next 24 hours. The climax of the protests involved a car smashing into a group of protestors at high speeds, killing one and injuring 19 others. Following the Incident, President Donald Trump was quick to speak out against the events that occurred, stating in a press conference “We condemn in the strongest possible terms this egregious display of hatred, bigotry, and violence, on many sides. On many sides.” Later president Trump specifically condemned KKK Here to talk to us about this and what it means for the Trump Administration going forward is Terry Barnes, the Principle of Comorant Policy Advice and former senior advisor to both the Howard government’s health department and to Tony Abbott.