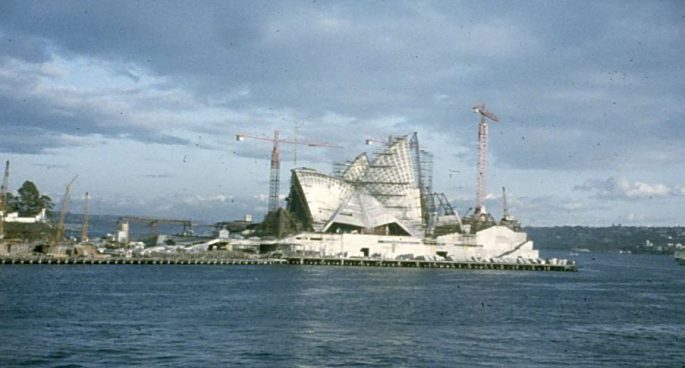 It can sometimes be tough living in the Harbour City, with exorbitant rents, stifling smoke haze and lockout laws all making life difficult on a daily basis. Thankfully we’ve got the best musicians then, huh? Here’s a baker’s dozen of the best-built songs to have come out of Sydney this year – some you may know and love, but hopefully there’s also a few that might have passed you by, that you can now add to your next playlist.

Listen to the full playlist on Spotify here.

Benefits – “Strains”
Hands down, the finest single out of Sydney this year. Mainman Mason Rhys Lewtas has kept busy recently as a guitar-slinger for Deep Sea Arcade, Hedge Fund, Matrick Jones and Organs, but it’s his intermittent solo project that has yielded the real, well, benefits. A string of lovelorn postcards the past few years has cemented Benefits as a wry jangle-pop gem, musically reminiscent of Wild Nothing or Beach Fossils and with a lyrical insightfulness wise beyond his years. “Strains” makes breaking up almost fun – a relationship kiss-off where Mason deadpans “Now the honeymoon’s over baby, and holding you close in the night won’t save me”. Then he lays down the payoff is in its passing shot – “So call all your friends, and tell them the arrangement’s changed”. Don’t mess with Lewtas.

Bland – “The Common Ground”
One of Sydney’s best-kept secrets, the four-piece have blossomed from lackadaisical guitar-popsters on their early singles to something more crystalline and unique. “The Common Ground” mines a 90’s English underground heritage, throwing back to classic Sarah Records bands like Blueboy or Another Sunny Day. A song that’s moody and uplifting all at once, “The Common Ground” finds solace in a break in relationship hostilities, albeit with the threat of more to come – “As long as there’s time to reassemble, before the conflict starts again”.

Married Man – “Hard Bargain”
You won’t find a more incendiary album opener than the lead-off song (and title track) of Married Man’s debut record, that landed way back in early January. A feisty fuck-off anthem to some prize jerk, the Sydney trio ably summon up the ferocious playing of Sleater-Kinney and biting lyrical tone of Bikini Kill – the whole song escalates from the early warning “‘I suspect there’ll be some drama” to the no-way, no-how “You’re not invited, you can’t listen to the heart with which you’ve been messin'” in about 15 seconds flat. Their album landed at #9 on the listener-voted “Static” Favourite Albums of 2019 last week – concrete proof of Married Man’s arrival this year as a vital Sydney band to watch.

Poolroom. – “The Future”
A bedroom banger that dropped hard, like a club throwdown between the cool disco-punk of LCD Soundsystem and cheesy electro-pop of Zapp. Sydney one-man-band Charles Waldren’s Bandcamp bio confessed “I love funk” – and it wasn’t hard to feel it. A neon-lit gurner groove with the best pitch-shifted, deep-bloke vocals since TV Rock’s “Flaunt It”, this one was a keeper – straight to the poolroom.

Egoism – “What Are We Doing?”
Like Bland, another Sydney combo that have developed in leaps and bounds since their early DIY material – Egoism this year hit a guitar-pop hotstreak via “Enemies”, and then this perfect-pop missive. Heart-stopping, stop-start shoegaze that trades knowing vocals between its members Scout Eastment and Olive Rush, despite it questioning everything – “You and I, we don’t know … we’re just going along with this shit”. A next-level single that marked this a band with an exciting future – confusion never sounded so ecstatic.

Gauci – “In The Night”
An Aperol Spritz in a world of VB tinnies, the all-class Sydney Italo-disco trio continue to bop from strength to strength. Spearheaded by producer extraordinaire Antonia Gauci, alongside her brother David Gauci (Hatchie) and Felix Lush, the combo have on lock the late-night groove aesthetic of Chromatics as well as the party-starting nous of Cut Copy. “All I want is something more, a taste of hope” Antonia begs, with their songs promising a better future that they’re already helping to build.

Offshore Projects – “Sham”
After a few soft-starts via other projects, former Sures frontman Jonas Nicholls seems to have found his footing again with this undeniable guitar-pop powerhouse. Stadium-rock drum-kicks confidently usher in a crisis-filled pop song, Jonas’ double-tracked vocals confessing he feels like a fraud – “How do you do what you say when your mind’s not made up yet? How do you do all the things that you think of in your head?”. But out of the self-doubt comes a resilience to keep going and realization that with time, maybe things will sort themselves out – “Better take time for yourself, lay low while you figure out what you’re gonna do in the next few months to be hangin’ round”.

Big White – “Honestly”
Although these days scattering themselves further afield – there’s members now based in the Blue Mountains and the Leisure Coast – we’ll always claim Big White as a quintessentially Sydney band. Indeed, there’s a whirlwind, worldwide romance to this filmic 6-minute epic, that finds Nick Griffith pursuing love through closing Métro gates and midnight strolls in Echo Park. It showcases a cinematic build-up in its playing, too, which continually adds instruments and backing vocals as the verses keep rolling in – a technique employed by Big White’s forebears The Triffids’ “Stolen Property” to similar climactic effect. Repeating its key words like mantras – “honestly”, “helplessly”, “terribly” and “painfully” – heightens the drama, and makes this another classic addition to Big White’s burgeoning songbook.

Buzz Kull – “Last In The Club”
An ode to venue load-outs perhaps, from a bloke who spent a vast amount of 2019 lugging his gear in and out of clubs across Europe. Against a throwback minimal synth and bass groove that pays homage to his idols DAF and Cold Cave, Marc Dwyer finds himself paranoid, but still trying to be sociable – “Find a light, the smoker’s seat. Conversation on repeat” – in a “we’ve all been there” kind of tale. In addition to the constant demand for him on the continent – he is heading back for the third time in twelve months in early in 2020 – this single got a seal of approval via a demented remix by another of his heroes, Angus Andrew from Liars.

Sunscreen – “Think About You”
Never has a band been more appropriately named – the Inner Westies’ two EP’s are pure sunkissed bliss, and “Think About You” might be their best song yet. Over chiming guitars with a slightly country twang, Sarah Sykes’s breathy vocals recount the rush of a new love – “I think about you while I work, I think about you all day”. The song pummels along at a breakneck pace, almost as if you can hear Sarah’s lovestruck heart beat in time with the music, nothing else mattering – “Effortless beginnings, I hope this easy feeling stays”. A lovely, falling-in-love anthem to love.

Party Dozen – “Party Dozen”
Entering the great pantheon of bands that have named songs after themselves (alongside Black Sabbath, Motörhead and err, Belle & Sebastian), Sydney’s only drums and sax apocalypse rise to the challenge ably. They also manage to consistently pull off the trick of capturing onto their recordings a good representation of what they sound like live – no small feat, considering how explosive their gigs can be. So, “Party Dozen” by Party Dozen turns the party up by about twelve, skronking and thrashing to within an inch of its life. Uncompromising and unparalleled.

Victoria – “Pompeii”
An impossible-to-Google NSW trio (geddit?) that surfaced early in the year, comprised of members of Youth Group, Songs and The Vines (“via Auckland, South Hurstville and Tuggeranong”). This, their debut single, belied Max’s New Zealand heritage – it instantly sounded like a long-lost classic by The Bats or David Kilgour, its propulsive jangle and harmonic vocals giving way to a stratospheric guitar solo at the 2-minute mark. With a great relationship-as-cataclysm metaphor – “Everyone is running, they know the end is coming. I wish I was spending it with someone other than you” – impending doom never sounded so sweet. They went quiet after “Pompeii” follow-up single “At The Edge Of The World”, but hopefully we’ll see them “rise from the ashes” in 2020, boom-tish.

Angie – “Blood On My Eyes”
Sydney’s Angela Garrick has grown up on record and in bands, as a member of Kiosk, Circle Pit, Ruined Fortune and Straight Arrows. But it’s her recent solo albums that have shown her spreading her wings – this year’s “The Underling” was a swerve back to squally guitar rock after curveball 2017 solo piano adventure “Shyness”. Its lead-off single revelled in badass noise and delay-effect vocals, but with a pop heart beating that sounded like prime-period The Breeders or Sonic Youth. Another crowning achievement from one of our finest underground artists. 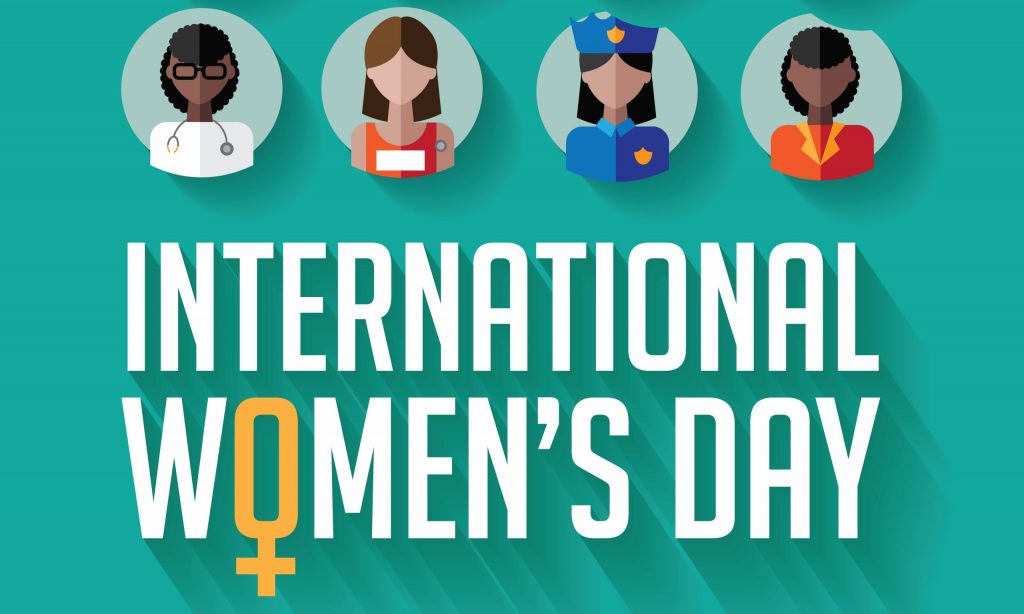 Women in Business – Three Women with the Know-How

For 2021 International Women's Day, we talk with women…