Dictionary of Sydney – The Great Fire 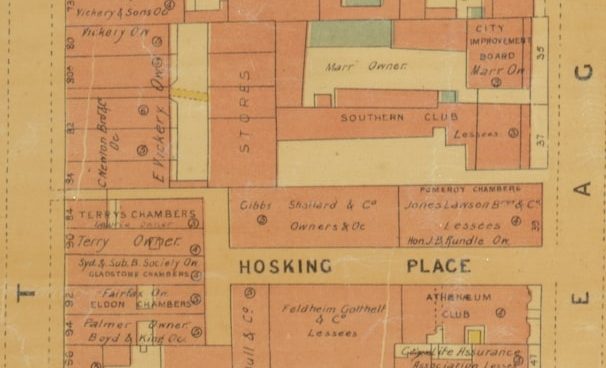 Just after 2 o’clock in the morning on 2 October 1890 the alarm was raised after a “lurid glare” was seen in the upper windows of the large warehouse of Gibbs, Shallard & Co on Hosking Place, just off Pitt Street. The glow turned into a flame, the flame into a fire, and the fire spread to adjacent buildings in a huge block near where Martin Place now stands, including some with timber shingles.

At some point, authorities – worried that the nearby stables may catch fire – released all the horses to run down the streets.

Dr Lisa Murray from the Dictionary of Sydney joined Sam Baran on Breakfast to tell the fiery story.

Dictionary of Sydney – The Great Fire