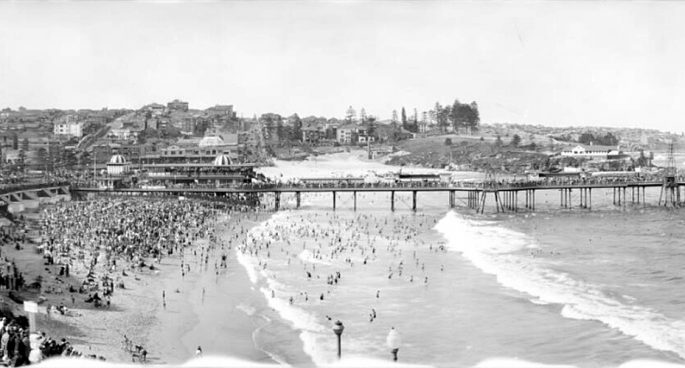 Since the 1820’s there has been a long tradition of enclosing ocean bathing areas in a net to protect swimmers from sharks. Initially these were in Sydney Harbour itself. The western foreshore of Woolloomooloo Bay, for instance, has had a variety of swimming enclosures from the mid-1820s.

The idea of the shark net enclosure became more formalised in the 20th century as ocean bathing became more popular. Randwick Council first experimented with a shark net in 1922 following a fatal shark attack at the beach.

The controversial program still runs today and according to researchers at the University of Wollongong it is the world’s longest running lethal shark management program. Today 51 beaches between Newcastle and Wollongong are netted. And this idea began right here in Sydney.

Image by EB Studios Contributed By National Library of Australia