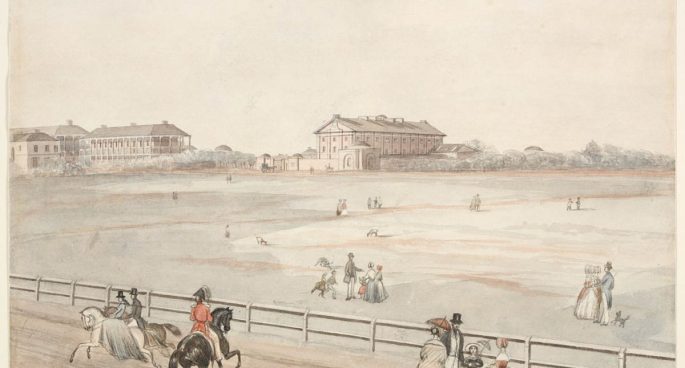 In light of the Melbourne Cup yesterday, Dr Lisa Murray came in to chat with Tess about Sydney’s first racecourse.

Do you know where the site of Sydney’s first racecourse is? It’s not Randwick, but actually much, much earlier than that.

Governor Macquarie, when laying out Sydney’s roads and parks in 1810, laid out Hyde Park — which became the site of the city’s first racecourse, set up by the military regiment to “help improve the breed of horse available to the military”. The first race happened in mid-October 1810, and the rest, of course, is history.