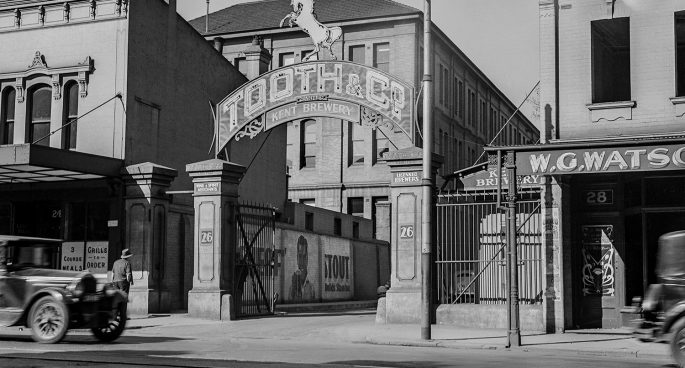 Let’s talk beer!
Across the road from UTS is what was the old Kent Brewery, also known as Tooth & Co, and later as CUB.

The site was chosen by John Tooth in 1834 because it was large and isolated for the time, and was close to one of few freshwater streams providing water for brewing. It continued to operate until the mid-1990s and was the last major brewery in the CBD.

Matt from Dictionary of Sydney joined Alex James on Breakfast to discuss. Focusing on inclusion and acknowledgement, the not-for-profit organisation Digi…