Did Germany Vote For Change Or Continuity? 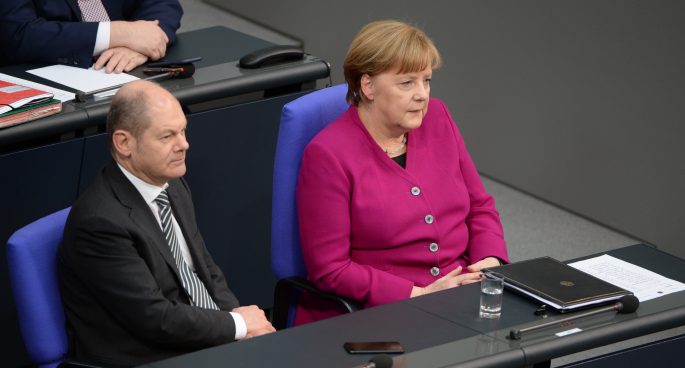 While election night in Germany proved inconclusive, there were some clear winners and losers, with the center left Social Democratic Party (SPD) under Olaf Scholz taking the biggest share of the vote, and winning 53 more seats than their abysmal results in the 2017 election.

Two smaller parties, the pro-business Free Democrats and the Green Party, got 11.5% and 14.8% of the vote, respectively, and are now in the position of kingmakers when it comes to coalition formation.

Olaf Scholz says he is “optimistic” about an alliance with the Greens and the FDP, although it looks like a Coalition won’t be agreed upon until Christmas.

So with a seemingly fractured result, did Germany vote for change or continuity?

Tina Quinn was joined on ‘The Daily’ by Constanze Stelzenmüller, from the Brookings Institute in Washington D.C. and Michaela Kuefner, Deutsche Welle’s Chief Poltical Editor from Berlin to discuss.

Did Germany Vote For Change Or Continuity?