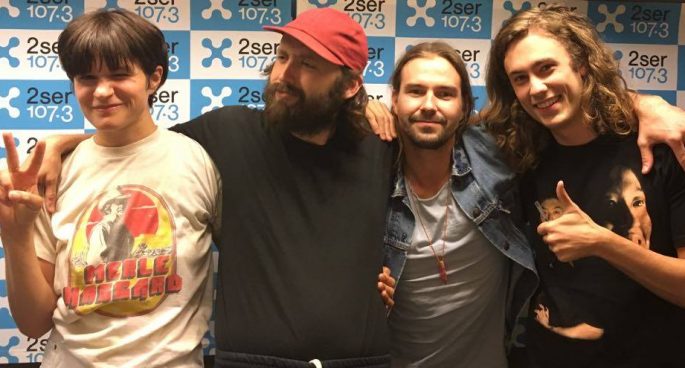 Hailing from Brooklyn, Big Thief – Adrianne Lenker (vocals, guitar), Buck Meek (guitar), Max Oleartchik (bass), and James Krivchenia (drums), came into the indie rock scene in 2015 and have not stopped producing the goods since. Their debut album, Masterpiece, received worldwide acclaim. With critics such as Jillian Mapes, writing for Pitchfork Media, saying songs on the album “sound cherry-picked over a lifetime of writing”. The album saw the band tour almost non-stop around the US, UK, Europe and Australia.

Following the success of their first album, Big Thief released Capacity in June 2017. This second album has seen them return to Australia for headline shows across the nation. Bryce spoke to Adrianne, Max, and James about the experiences that led to the second album, what fans can expect from the show and what it’s like to perform such personal stories in front of an audience. Big Thief play at the Oxford Art Factory on 12th December.