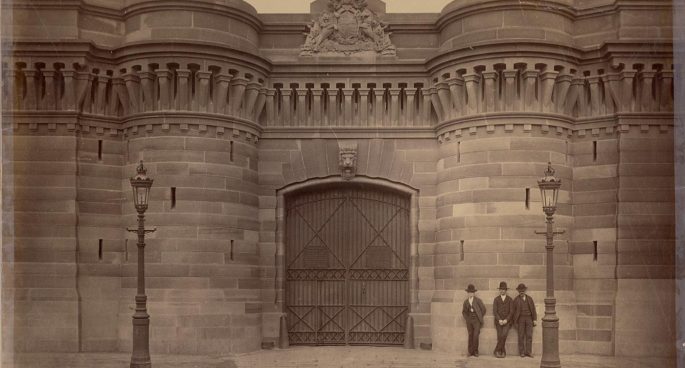 A building that has served as two very different institutions, the Darlinghurst Gaol, and now the National Art School.
The gaol walls were started in the 1820s and opened to prisoners until the early 1840s.  For 75 yrs it was Sydney’s main prison, holding both men and women. Located near Oxford street, it’s one of Sydney’s oldest colonial buildings.
Mark from Dictionary of Sydney joined Alex on 2ser Breakfast.
image: Entrance to Darlinghurst Gaol 1887 (State Library of NSW)