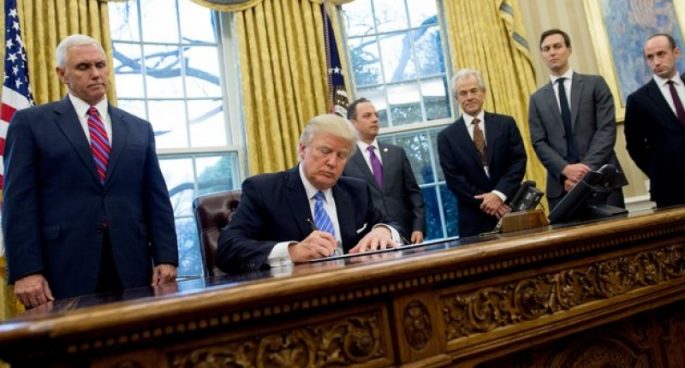 Each week I’m joined by our regular correspondent, Professort Ed Blakely to talk about what’s going on in the land of the free and the home of the brave, our big brother nation America. Last week, Donald Trump inaugurated as the 45th President of the United States and many people are still getting used to President Trump. It’s been a controversial exchange of power and Trump hasn’t seemed to lose or win any fans on either side of this division, but he’s attempting to make hay while the sun shines. Ed Blakely joined The Daily in studio to discuss some of Trump’s policies and controversies.