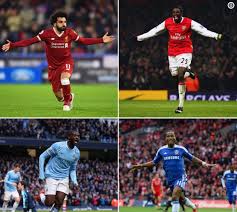 With millions of dollars worth of talent and egos, the English Premier League kicks of this week. Manchester City will attempt to defend their title, with Liverpool, Tottenham, Manchester United, Chelsea and Arsenal expected to put in a challenge. Also this year, Wolverhampton Wanderers, Fulham and Cardiff will joining the EPL as they fight to survive in the most competitive football

For all the predictions of who are the contenders and pretenders, Mick Radojkovic speaks to Lachlan Neil.