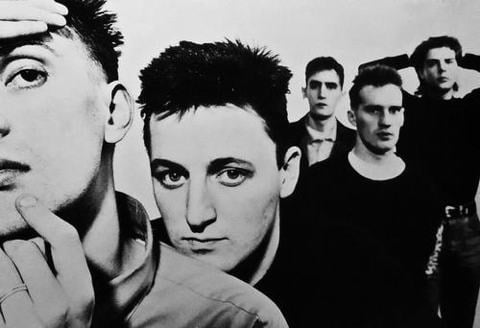 The spotlight on this episode on Scottish popsters Close Lobsters. As one of Fire’s earliest signings, Close Lobsters stormed up the indie charts with their unique melodic jangle pop and skewed world-view. Their debut “Going To Heaven To See If It Rains” announced the band with a top ten bang, and they never looked back. By the release of their first full length “Foxheads Stalk This Land”, produced by John Rivers (Love and Rockets, Felt), they were finding early backing from all of the music press in the UK, as well as Rolling Stone and American college radio. While they had a break for a few years, they return with a new album in February. We will take a listen through their career plus music from Sugar World, The Flatmates, Dag, The Goon Sax and Jesse Garon & The Desperadoes.

Why We Love   Patina Patina

Dag   Staying Up At Night Benefits of Solitude

Sugar World   We Fell In Love We Fell in Love

Green Buzzard   Clutter and Mess Amidst The Clutter & Mess

The Goon Sax   Sweaty Hands Up To Anything