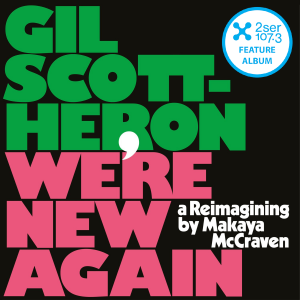 In 2010 jazz revolutionary and poet Gil Scott-Heron released his final record ‘I’m New Here’. It was the most introspective we’d seen Gil, and a shift from his usual acute, socio-political commentary. A decade on, American producer and jazz drummer Makaya McCraven reimagines the late legend’s swan song with ‘We’re New Again’, and it’s this week’s 2SER feature album.

Previous
Anna Cordell – Nobody Knows Us

Next
Tracy McNeil & The GoodLife – You Be the Lightning

Sure, all the cinemas are closed at the moment… Do you run out of home-entertainment ideas? Need a… Terry Serio joins Regina to talk about his life;… Many of us get a lot of pleasure and…