Love is yours by Flasher

The Feature Album on 2SER this week is from American duo, Flasher.

A band that has undergone much change in recent years, both in terms of membership and location. Formerly a trio, members are now guitarist Taylor Mulitz and drummer Emma Baker, who split vocal duties on this album, which is resplendent with superb songwriting and strong harmonic sensibilities.

Originally forming within the nascent underground of Washington DC, their sound has evolved, their latest eschews the post-punk sensibilities of their 2018 debut Constant Image to encompass a cathartic indie-rock direction, with a persistently airy and cinematic feel. 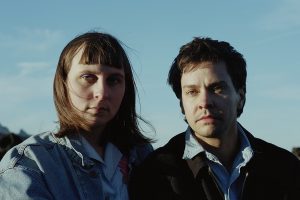 Love is Yours was recorded in Washington, D.C. with long-time friend Owen Wuerker assisting in production and jumping in on instrumentation.

Underpinned by themes of relationships, distance and freedom, every track on this hits the mark, including the oddball interludes peppered throughout, in an understated yet uplifting manner. Standout tunes such as Sideways and Dial up give a taste of the range and musicality at play, and a sense of a band that has hit a rich vein in their evolution.

Out now on Vinyl and Digital via Domino Records

Previous
Bobby Oroza – Get on the Otherside

Next
Excess by Automatic