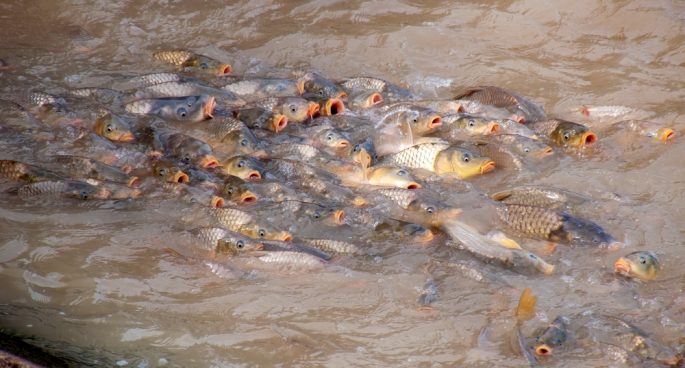 Recent flooding has caused a surge in the already high population of Carp, an invasive species, in the Murray-Darling Basin. Carp flourish in still water and flood plains, and are incredibly destructive to the ecosystems of Australian waterways. Carp account for up to 90% of living mass in some rivers according to recent estimates.

This has reignited discussion of a long considered biological control option: the introduction of Carp Herpes Virus.