Flowertruck show off their plumage 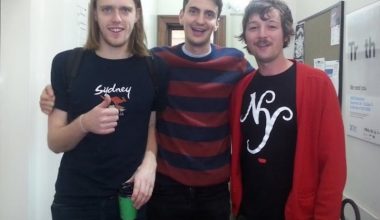 Sydney band Flowertruck have been kicking all sorts of goals since releasing their first single back in 2014. With gorgeous pop songs and catchy sing-a-longs they are a breath of fresh air.

Comparisons to The Smiths and The Go Betweens have been made and their debut EP, Dirt, has made a lot of people sit up and take notice. Their video clips are also lots of fun and definitely worth a look. With an album set for release later this year and a tour with Brissy buddies Major Leagues kicking off tomorrow Hamish and Charles joined Mitch in the studio

Flowertruck show off their plumage