From Loss to Connection; Pop Filter and Album ‘Banksia’ If you’ve tuned into Banksia, you may recognize the smooth indies tunes of this record. That’s because the members of Pop Filter were previously apart of The Ocean Party, with tracks such as “Head Down”, “Wading In” and “Rain On Tin”.

Unfortunately, the band decided to split in early 2019, after the tragic death of band member Zac Denton.

“It was all very whirlwind.” Zac’s brother and former The Ocean Party bandmate, Lachlan explains about this period. “There was no point holding onto The Ocean Party… As respect to Zac.”

The band said goodbye on their Odd Fellow tour in March last year, with their final EP Nothing Grows as a farewell to Zac.

“[It was] the end of this clear line of my life, the biggest parts of my life are tied to the big releases of The Ocean Party.” Former band member Snowy describes.

But now, over a year later, the boys have reunited to create something new, Pop Filter. 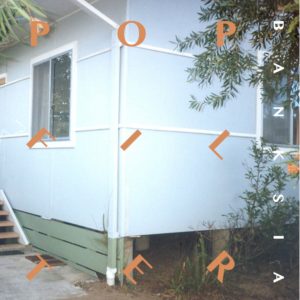 “We don’t want people to say this is The Ocean Party under a new name…. this is completely different.” Lachlan explains.

In just four days, Pop Filter have written and recorded their first album Banksia. While the record consists of a groovy indie feel, it is clear this is different from anything The Ocean Party have created.

“In Ocean Party we always wanted to make a better record… Pop Filter is more throwaway.” Lachlan states. “You can put in the time and make it really slick… but I wanted it to sound spontaneous.”

Tracks such as “Big Yellow Van” (described as a letter to Zac) encapsulate this message. Banksia is an emotional collection of the boy’s stories and life, an addition to the “time capsule” that Lachlan describes of their musical history.

“[We are] friends first and bandmates second.” Snowy states.

The connection the men share with one another is clear and is communicated through the beautiful sounds of Banksia. To listen to this album, make sure to listen to 2SER.