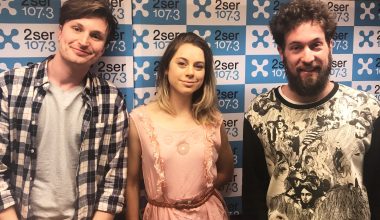 It was just announced that Paul McCartney is coming to Australia in  December. We all idolise rock stars like him, but the view we get of these stars is the projection of this perfect figure on stage. Have you ever wondered what actually happens when the lights go down? Matt is joined in the studio by Jack Angwin and Elle Harris, who are lead cast members in a new play, called FRONT, presented by the Jack Rabbit Theatre. It details the behind the scenes action of a rock band.