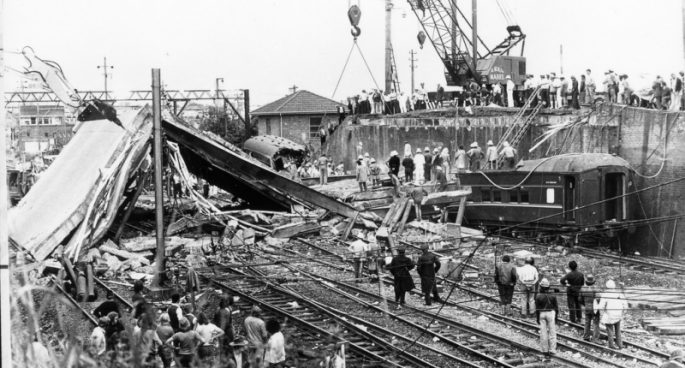 Most days Bruce White looks down at the tattoo on his right hand, where soot got embedded in his injury – a stark reminder of the Granville Train Crash on January 18th 1977- the worst railway accident in Australia’s history.

Bruce survived, though 83 died. Two women he’d reassured after the initial derailment didn’t, when the Bold Street Bridge collapsed down on the back of the 3rd carriage and the front of the 4th, killing many.

Bruce is one of the survivors who was able to contribute to his own rescue, by using a jack, passed to him through a hole, to leverage up the stanchion pinning him to the wreck.

He spent 10 days in hospital after his rescue, and had 6 months off work, due to nerve damage to his leg.

He’s only recently started attending reunions of the accident. He joined Rod to discuss the disaster.