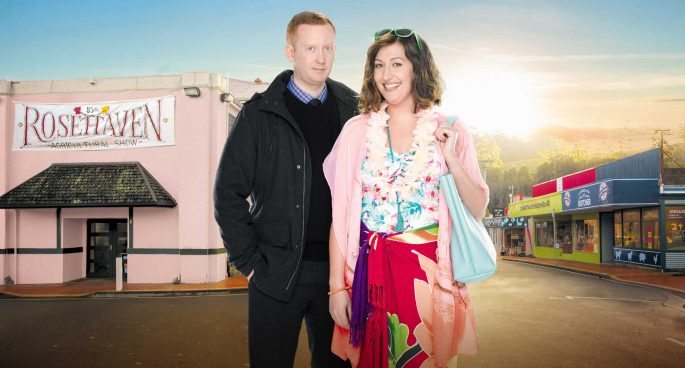 Starting up again tonight is season three of the ABC comedy, Rosehaven, a charming self-deprecating tale starring stand-up comedians, Luke McGregor and Celia Pacquola about friendship and the absurdities of running a real estate business in remote Tasmania. This sees us encounter the ying and the yang of two different characters, continuing the playful chemistry the two actors displayed in the ABC series Utopia.

The lead actors and writers of Rosehaven Luke McGregor and Celia Pacquola chatted to Mick about season three of this comedy which premieres tonight on the ABC.