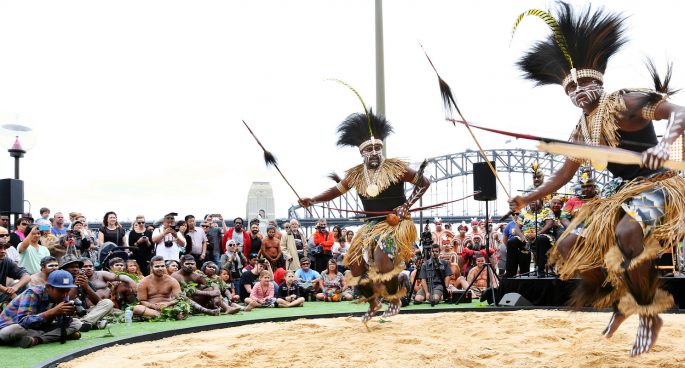 THE GENERAL ASSEMBLY launches its debut album, Vanishing Point at The Bearded Tit in Sydney and it’s free entry! The 12 tracks on Vanishing Point read like a series of short stories. Incorporating myth and magic realism, they paint a picture of the world that is both engrossing and unsettling.The Bearded Tit, Redfern, 4-7pm, free

Celebrate the power of contemporary First Nations artists and ancient customs from Australia and around the world at this two-day festival with live music, dance, workshops, markets and more. Features performances from Electric Fields, Mau Power and Yothu Yindi and the Treaty Project. Sydney Opera House, Bennelong Point, November 25-26, free

A Night Of Horror Film Festival

Video games, landscape etchings and experimental film are among more than 200 projects from the next generation of graduate artists and designers exhibiting at this year’s UNSW Art & Design ANNUAL. These projects will be exhibited across six venues, with work covering disciplines such as painting, sculpture, photography, printmaking, textile design, installation, animation, photography, printmaking and, for the first time, virtual reality. UNSW Art & Design, Paddington Courtyard, 29 November – Saturday 9 December, free

After three years of intensive study, an exponential expansion of ideas and mastery of technical skills, the graduating artists of the National Art School are now ready to throw open a window and welcome you into a new world of expression and imagination. As a NAS Nights event there will be food, bars, DJs, live music and performances throughout the night followed by the Official After Party at the Darlo Bar from 9.45pm. National Art School, Darlinghurst, 6.00pm, free