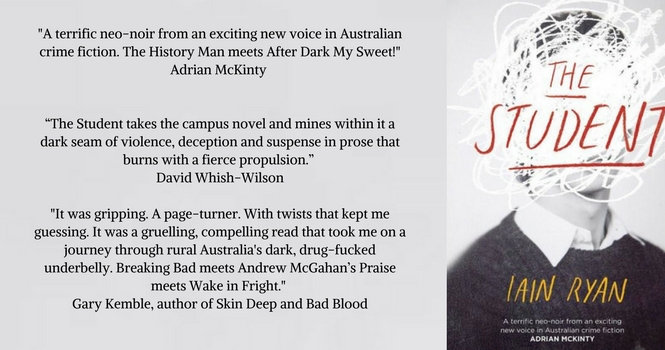 Andrew Pople from Final Draft introduced Nic to a brand new “neo-noir” Australian novel: “The Student” by Iain Ryan, which is thrilling readers with its page-turning action and intrigue.

It’s 1994, and protagonist Nate is studying Business at Queensland’s University of Gatton, selling weed on the side. But when Nate’s supplier and best friend Jesse goes missing, the supply of product dries up and Bikies come knocking on Nate’s trailer door. A girl called Maya Kibby has wound up dead and no one knows who killed her.

We join Nate on a wild ride as he deals with uni cliques and subcultures, and encounters violent characters along the drug supply chain. The novel explores Queensland’s 1990s underbelly, following Nate as he travels from one scattered encounter to the next.