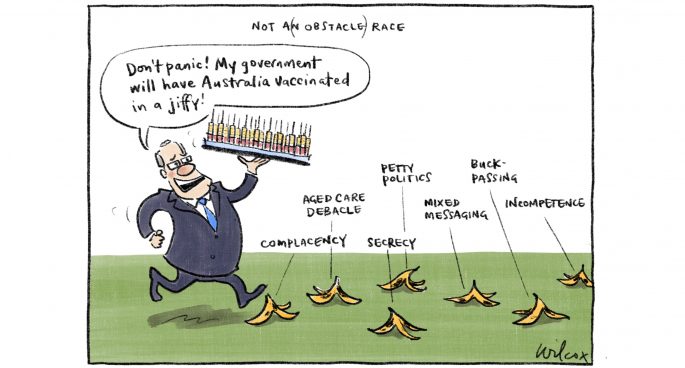 For this edition of Fourth Estate, we give the journo’s the boot and instead talk to two of the country’s leading cartoonists.

Cathy Wilcox, who has been churning out Political Cartoons for both The Age and The Sydney Morning Herald since 1989 and First Dog on The Moon, whose work first came to prominence more than a decade ago working for Crikey. Since 2014 he’s been the regular Political Cartoonist for Guardian Australia.

They joined host, Tina Quinn, to talk about how they each got their starts, whether cartoon’s still carry power and the issue of diversity within the medium.