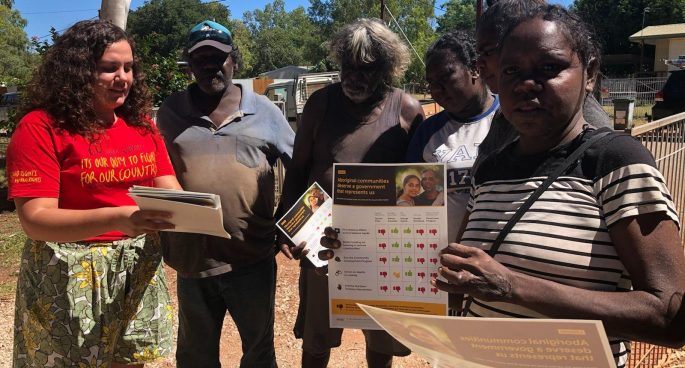 With the Federal Election edging closer, there are growing concerns that Indigenous Australians from remote communities are having difficulty with signing onto the electoral roll. These first nation people have been heavily hit by the pandemic, and unless changes are made to make it easier for these Australians who often have no access to their ID, birth certificate or proof of identity, it is likely that the turnout will be low.

Larissa Baldwin is a Widjabul woman from the Bundjalung Nations. As the First Nations Justice Campaign Director for GetUp, she dedicates herself to supporting Indigenous voting rights, and she spoke to us about the challenges being faced by these communities trying to sign up to the electoral roll.