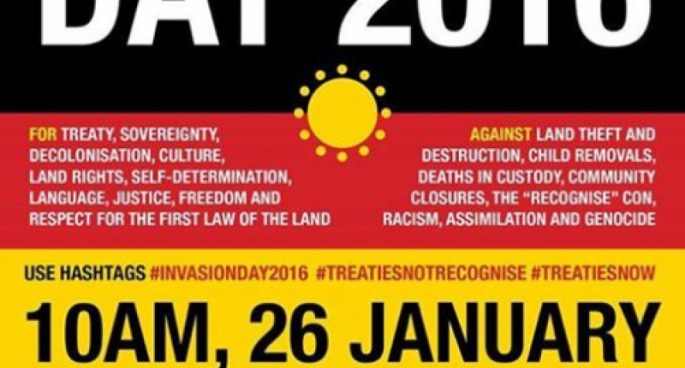 What exactly does Australia Day celebrate? In 1788 the first fleet arrived and claimed the land for the English Crown.. but what happened next? It’s here where Australia’s history goes dark, with crimes that have never been properly acknowledged, the effects of which are still being felt today.

For other people today is known as Survival Day or Invasion Day. A day to focus on the wrongs of colonial white settlement and the continual mistreatment of Australia’s first peoples. There are a series of marches right across the country today, one happening in Sydney. Organised by the Redfern Tent Embassy and the Indigenous Social Justice Association Sydney. We were joined by Raul Bassi to discuss more