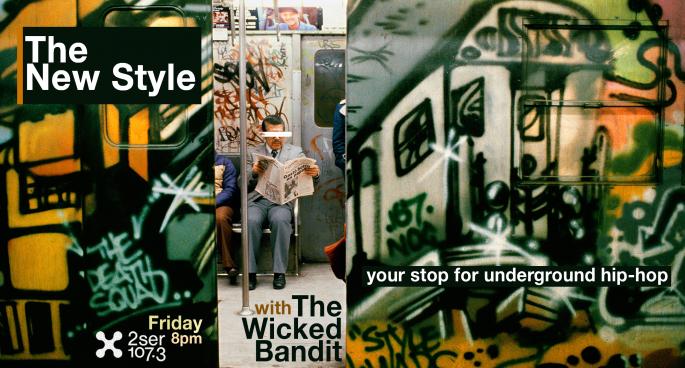 The infamous Wicked Bandit has has arrived at 2SER to bring you The New Style. A show exploring the evolution of hip-hop from the classics to the present day. Friday night at 8pm The Wicked Bandit shows you new, emerging artists and styles of hip-hop from right here in Sydney to all the corners of the globe, and draw the lines from the old hits to the tracks coming out today. Whether it’s a b side remix of a Biz Markie tune or an up-and-coming artist from Western Sydney, you can expect to hear it all on The New Style. We caught up with The Wicked Bandit to give us the scoop on the show! 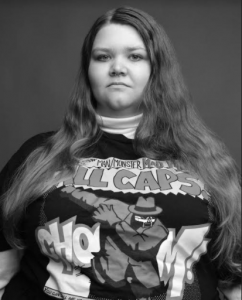 What areas of hip hop will you be focusing on with The New Style?

This is a hard question! I want to cover the whole spectrum really, but primarily focus on the underground. The underground scene has always intrigued me as it is constantly evolving and where you see the new trends and styles start to emerge. For example, I reme

mber first hearing Westside Gunn’s FLYGOD in early 2018 which was almost two years after its release and I lost my mind. It was something so new and fresh and different to what I was hearing in the hip hop space – and I would talk to my friends about the album and other hip hop heads I knew and so many were unfamiliar with it. Fast forward to now, both W$G and the whole Griselda gang are a household name when it comes to hip hop. I think that’s what excites me about the artists that may only have a few thousand or a hundred followers today – where will they end up in a few years time? Will they end up shaping the genre or changing the direction of the sound? It’s just so exciting.

When did you first get into hip hop?

This is a funny one. I wasn’t a little baby hip hop bopper as some may assume. I actually only found hip hop in my late teens/early twenties. I started off listening to disco and funk music when I was a little one as my dad was a secret disco king, bellbottoms and all. I then transitioned into pop music, and spent a few years in a dark metal and punk rock hole when I was in high school which is so typical of an angsty teen. After high school and some crazy life events I was ‘finding myself’ and in the process found hip hop. I think I love my journey to hip hop especially because it is reflective of what hip hop is to me, a great mix and mash of so many different music styles and genres over time, and truly where all styles of music come together to create something new.

What’s the first album you ever bought and what format was it on?

I unfortunately missed the vinyl era. I was born in the 90s so CDs were all the rage. My first ever album that mum took me to buy was the album Read My Lips Sophie Ellis-Bextor, I got that in 2001, I was 7 years old. But the first ever album I went and bought of my own volition without my mum when I was a bit more independent was Wolfmother’s very first self titled release. What an iconic Australian record that is. So many banging tunes that are so timeless. I remember popping it on in in my discman when we were in the car on a road trip to Orange and being so stoked to have it. I am also going to give a shout out to the CD single as we often were allowed to buy a single on weekends if we had done well at school during the week. I miss the CD single a lot.  I hope it gets a revival like vinyl. 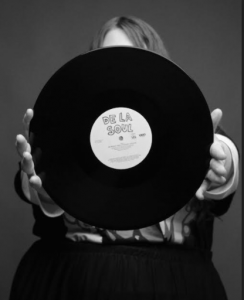 Can you tell us a bit about the DJ collective you work with?

I am very lucky to have been introduced and welcomed into two really amazing femme/gender diverse run spaces in the Sydney DJ scene. The first is the Queen Bee Collective. This is a vinyl only crew of some of Sydney’s finest female and gender diverse DJs. With the likes of KTB, Milky Tea, TMA, Molly Pop, Noisey Neighbour, Foxy Fuzz and 2SER legends Tiera Boo and Rebecca Rosenfunk on the team as well. Our home is the Hive Bar in Erskineville, but we are expanding to other venues and throwing some parties around Sydney soon. The other group I am apart of is relatively new but will soon be taking over the Sydney sound system scene. That’s the Honey Trap Sound System, the brainchild of Maia Dal Berger (Maya Gold) and spearheaded by her and Marna Eringa (Banamanah), with some seriously dope DJs and sound junkies like Tassone (Cabin Fever Crew), MINCY (Extra Spicy), FLYWAVES, Jennifer Stealth, Ubermoon, Alchemist and host of other talented babes working behind the scenes to get Sydney’s first female built and driven sound system to a party near you soon. Some of the Queen Bees are also part of the sound system, like my musical sister Tess Aboud from Merchants of Sound who brought me into both of these spaces.

What other shows on 2SER do you get into?

A lot! I have been a big fan of Jumping the Gap for many years, and have been blessed to have met Paris and become friends with him as well. I lost my nut when he asked me to DJ with him before lockdown – Even though it didn’t happen, I felt like I had really made it. I also love listening to Another Angle – Lyndon’s selections are nothing short of inspired and I found myself during lockdown especially tuning in for the cure to my mid-week slump. I also love hearing Shan Frenzie on a Friday with his show Groove Therapy. It always puts me and my mixing efforts to shame, but inspires me to try and be a better DJ. And who could walk past Super Happy Fun Time Hour on a Sunday, or Danny on Friday Drive. Or Hardcore Classic when it was on the air. 2SER has always delivered the goods.

Why do you think hip hop resonates so much with you?

I have always been fond on stories. Of reading other people’s stories, or writing my own story. I have dipped my toes in poetry before, performing spoken word and slam poetry that was really inspired by hip hop. To me, hip hop is the ultimate form of musical story telling and poetry. It is an art to speak in rhythm, and hip hop can express so many emotions and tell stories of all different shades, from a light jovial bop about a cute girl to the harsh realities of living life on the streets. Hip hop gives a voice to stories we don’t get to hear very often, or only hear one side of in other forms of media. Hip hop is an outlet for these stories to be heard, and I think as someone who always loved storytelling, it really sings to me.

The New Style airs on 2SER FM at 8pm Friday nights on 2SER.