Joelistics Goes Deep on the Past, Synths, and Why Everything Has Changed 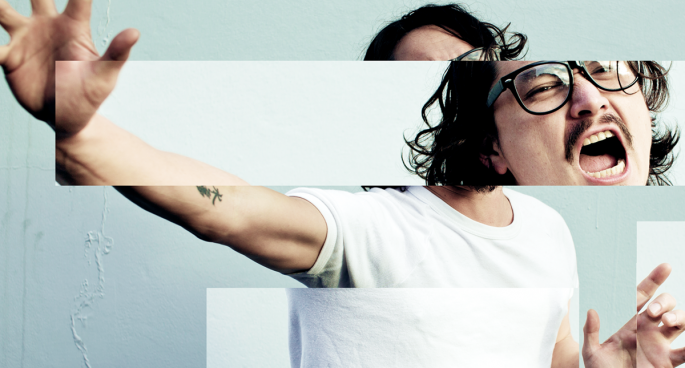 The timeline of Joelistics is as long as it is convoluted. It has taken him between genres, around the country, the world and our imaginations. Just after the turn of the millennium, he formed TZU with members of Curse ov Dialect and, MC and instrumentalist, Seed MC, AKA Count Bounce AKA Pip Norman.

TZU would go on to record four seminal hip-hop records that spanned two decades.
It also gave way to a solo project from Joelistics, where he was able to go alone and expand his musicality on two albums, Voyager and Blue Volume

After releasing these two fantastic solo hip-hop records, Joel took a step back, choosing to start working with other artists. He helped write, produce and inspire Haiku Hands’ huge hits that has seen them become world-wide stars. He’s also worked with luminaries like Mo’Ju and other artists like Parvyn Singh, Hailey Cramer & Mindy Meng Wang.

In amongst all of this, he toured a stage show with Pan-Asian brother Joel Mangohig from Sietta called In Between Two, played Zeb, the leather-clad bikie in Nowhere Boys and also became a dad!

Apart from a child, 2020 also saw the birth of his latest musical project. Joelistics Presents Film School. It explores Pan-Asian psychedelia, waves of synths, the Chinese instrument, guzheng and more. It’s a genre that may be a surprise for many fans, but looking deeper into Joel’s catalogue, the sparks have always been there.

He joined Mick to talk about his rapping past, his musical future and why everything has changed, bringing in a few Australian songs that he has been digging as well.

Joelistics Goes Deep on the Past, Synths, and Why Everything Has Changed

The countdown is on until lockdown is officially over.…