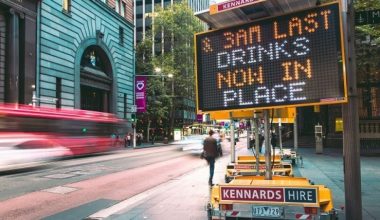 Sydney was once the home to a vibrant nightlife, but now critics are complaining that the lockout laws are starting to severely affect businesses in the CBD. Many clubs and bars have begun closing down, including the popular Bar Century, which cited the lockout laws as one of the contributing reasons for why it’s closing for good.

However, February saw an increase in the fight against the lockout laws, with politicians criticising them, and now a social media campaign to hold a rally to protest the laws.

The Keep Sydney Open rally will be held on Sunday at 12:30 pm at Belmore Park near Central Station, and has attracted the interest of nearly 30 thousand people. The campaign manager, Tyson Koh, joins Celline.