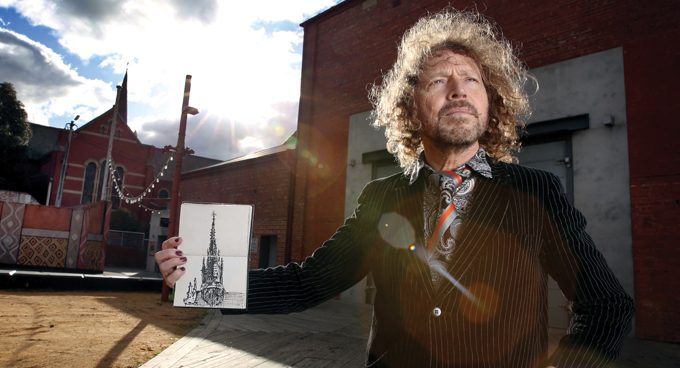 For nearly five decades Kim Salmon has been part of a range of pioneering rock acts from the Scientists, to the blazening intensity of the Beasts of Bourbon and Kim Salmon and the Surrealists to projects like Antennae with Hoodoo Guru’s frontman Dave Faulkner and Darling Downs with Died Pretty’s Ron Peno. On Wednesday at the Factory Theatre in Marrickville, Kim performed and narrated his musical and artistic career in his show “Salmon for Breakfast.”