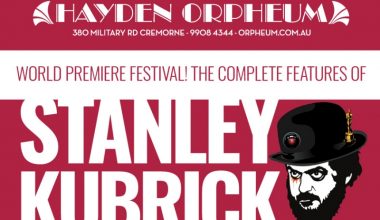 Nic spoke with Paul Dravet, General Manager of The Hayden Orpheum who is hosting a Stanley Kubrick film festival showing all 13 of Kubrick’s feature films. This is the first time in Australia all 13 films have been shown at the same venue, and with films going all the way back to 1953 it’s going to be an amazing event for all film buffs. For tickets and more info here’s the Hayden Orpheum Website