The rhyme taught to children in order to recall King Henry Ⅷ’s mistreatment to his wives really speaks to the concept of feminism, right?

This coming from a man who supposedly founded modern England, who revolted against religion to fulfil his own desires, who rejected and bastardised his two daughters and who, in a period of only 8 years, ordered over 300 executions. King Henry Ⅷ really takes ‘til death do us part’ to the next level.

What if I were to say that there really is some correlation between the tyrant and the concept. 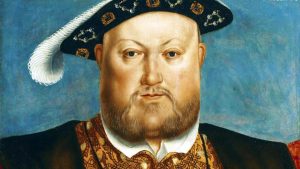 ‘The Last Wife’ by Kate Hennig playing at Ensemble Theatre in Kirribilli follows the story of Henry’s 6th Wife, Katherine Parr, portrayed by Nikki Shiels. This contemporary take on historical events illuminates feminine power in a society ruled by one of the most infamous oppressors.

The stage, with a bed as a permanent centrepiece, is intimately set with the traditional male gaze in mind, as man is the master of the bedroom. Though, upon discussing her marriage early in the play Katherine, or Kate as she is referred to, announces that due to a previous assault she would be taking control of the bedroom antics. From the opening of the play Kate takes control of a traditionally male site of power.

As for the male influence in the play Henry (Benn Wood) is portrayed as the aggressive, despotic character known from history books. However, the audience is given glimpses into a more ‘real’ and emotional version of the king. But the efforts to humanise Henry are futile as with each attempt comes a vicious outburst and the audience is reminded that they certainly are not set up to sympathise with a psychopath.

In opposition, Thom (Simon London) is seemingly a foil to Henry’s character. The audience finds themselves rooting for Kate to end up with Thom, unsheathing an inherent need for there to be a ‘heroic’ male role that needs filling. Nevertheless, as the misleading sun rises in the wake of Henry’s death, the triumph of Kate and Thom’s ability to come together reveals that Thom is blinded by power and is not the rescuer of a damsel in distress.

And was casting Emma Chelsey as the young, more innocent version of Edward Ⅵ a mere solution to the difficulty in casting adult men to portray boys? Or was it a statement to enhance women dominance on stage, where the number of female actors outweigh the male? Every aspect of male influence is used to fight a feminist war. 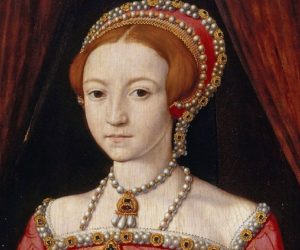 However, it is not the men that tell a story of Feminism. It is through the lens of Katherine Parr and her potent influence on the tyrannical Henry Ⅷ that power in female influence is found and this resistance to a dominant male leader is reflective of the present situation. Kate’s lessons to the children, especially Mary (Bishanyia Vincent) and Elizabeth (Emma Harvie) teach the power of intellect and mental strength and the daughters learn to unite as women in the final scene upon Kate’s grave.

In the play, Henry admittedly “loves strong women” but as history tells, not enough to keep them around – but I guess beggars can’t be Tutors. Katherine is an intelligent, beautiful woman, whose knowledge of literature, philosophy and languages attracts the attention of the King. Her intellect allows her to navigate the demands of her husband and in an era where women were not known as intelligent, it is demonstrated from impulsive outbursts that Henry has “a heart” and it is Katherine who has “a brain”. It is Katherine who fights against Henry’s treatment of his children and makes him see that he is “rotting from the inside out”.

Despite the sexual nature of the play and set Kate negotiates her power by eliminating sexual politics and instead playing her role as queen of the chess board. In her game she is the most powerful piece, a queen, a Regent, an intellect, the first woman to publish her writings, the first woman to successfully ‘tame’ Henry Ⅷ.

The Last Wife plays at Ensemble Theatre from the 30th August to the 29th September.