Life, Liberty and the Pursuit of Injectable Disinfectant 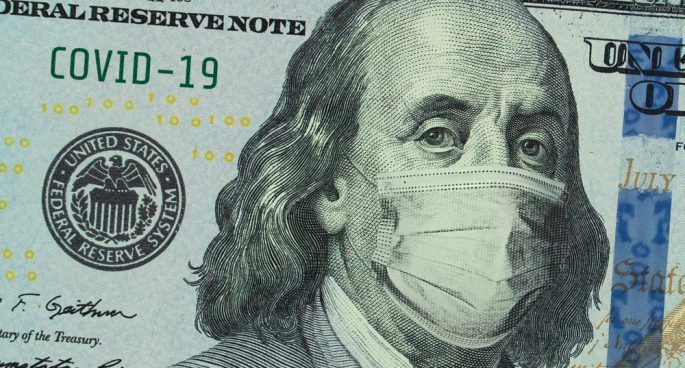 How the Trump Administration Has Tackled COVID-19.

Is there any hope for America with Trump at the helm of the pandemic? For 2SER’s Sean Britten and Sydney-based former Washington insider Ed Blakely, they aren’t entirely sure. Their podcast series, U.S. of Ed, explores the tumultuous, and often downright ridiculous, nature of President Donald Trump’s handling of the COVID-19 crisis in the United States.

Well, if it’s not Trump’s fault, who is to blame?

So just how badly has Trump handled COVID-19? The U.S. Centers of Disease Control and Prevention reports that as of May 18th 2020, the United States is currently sitting at 89,407 deaths; 698 of those being in the last 24 hours. To Blakely, this extreme fatality rate is not purely just the virus, but the extreme foolishness of America’s Commander in Chief. 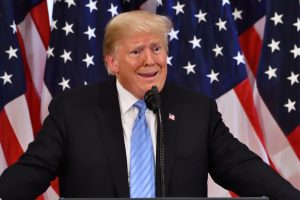 “Had a General or smart person been put in charge, as has happened everywhere else, [the] United States wouldn’t be in that situation.” During this time of pandemic, it appears Trump’s strategy is not to be the smartest person in the room, but the loudest and most controversial. Even former U.S. President Barack Obama is hoping Trump turns down the volume. During Show Me Your Walk, a celeb-filled online graduation ceremony for the class of 2020, Obama sneakily called out Trump’s leadership, stating that the pandemic has gotten rid of the idea that “… folks in charge know what they’re doing” and that “… a lot of them aren’t even pretending to be in charge.”

Well, if it’s not Trump’s fault, who is to blame? According to Trump, everyone but him. An article by the Washington Post outlines everyone Trump has invited into his Coronavirus-themed round of the blame game. China, the media, General Motors and the Obama Administration all make an appearance. Trump taking any accountability? Nowhere to be found. Despite Trump’s continual abdication of responsibility, both Britten and Blakely believe that Trump needs to point the finger of responsibility at himself; with Blakely describing Trump’s management of COVID-19 as “non-leadership at its best.” Although the ineffective reign of the Trump Administration is far from over, the team at U.S. of ED believe Trump needs to seriously check himself and his leadership. “It’s all well and good to have Emperor Trump playing the clown when the economy is up and everything is business as normal, but whether he has total power or not, thousands of people are dying and may continue to die unnecessarily because of the decisions he alone is making” argues Britten.

“He knows these people won’t desert him if he acts like he’s supporting them … actually, it’s working.” 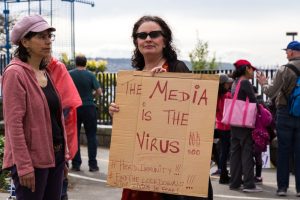 With the United States’ curve straying further and further away from flattening and the Trump Administration making seemingly no genuine effort to curb the spread of the virus, does Trump really have a chance at re-election? Maybe. In the latest Gallup poll, Trump’s approval rating is currently sitting at 49%; 6% higher than this time last month. How could Trump’s popularity be increasing when almost every decision he is making is incredibly unpopular? For Blakely, it’s down to one key variable; Trump’s base of supporters. “He knows these people won’t desert him if he acts like he’s supporting them … actually, it’s working.” Another potential variable in the rise of Trump’s approval ratings is the backlash surrounding social distancing measures in the United States. For Britten, the attitudes of protestors echo that of the President; stating “… they [protestors] come in with these noble ideas of individual liberty and an absolute refusal to compromise on those values and then they go about it in the dumbest and most self-absorbed way possible.” Trump continually broadcasts his rhetoric of misinformation and outrage, and his supporters tune in; igniting a spark that could potentially carry him into his second term.

Despite the extreme ups and downs of the Trump Administration’s handling of COVID-19, both Britten and Blakely see a very simple solution; common sense. Although common sense seems to be a tool not currently in Trump’s arsenal, the U.S. of ED team feel that co-operation and unity on all levels will be a crucial first step in managing COVID-19. As Blakely said, “Americans need to come together, not be split apart.”

Find more from US of Ed: