‘Love and Rage’: The Event Pushing Back on Bigotry in Wollongong 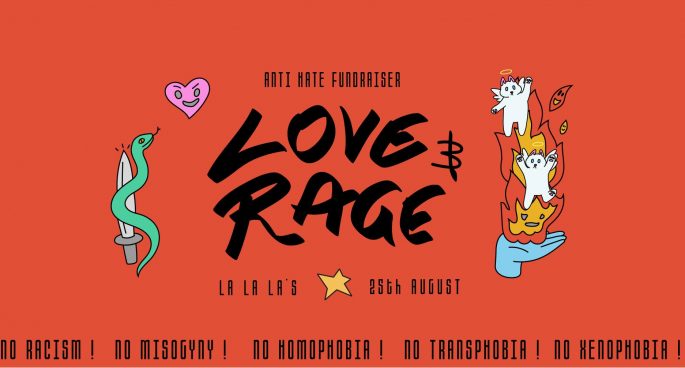 Are you looking for something local and inclusive in Wollongong? Look no further than ‘Love and Rage’, an ‘anti-hate fundraiser’ with an eclectic mix of acts ranging from anti-capitalist punk to drag queens to a hula-hooping duo.

Event Organiser Chelsey Sanderson spoke to us on Wednesday Drive about her inspiration behind the night and what she is most excited about heading into it.

The event was formed in ‘response to increased incidences of violence and hate in the ‘Gong, particularly regarding homophobia, transphobia and racism’, and the Wollongong community are pushing back.

Taking place on the 25th of August at ‘La La La’s’ in Wollongong, all profits generated will be going towards supporting local First Nations, LGBTQIA+, multicultural and women’s organisations.

With less than 50 tickets left, this is a gig you won’t want to miss. Tickets are available online via Moshtix, so get in fast.

‘Love and Rage’: The Event Pushing Back on Bigotry in Wollongong