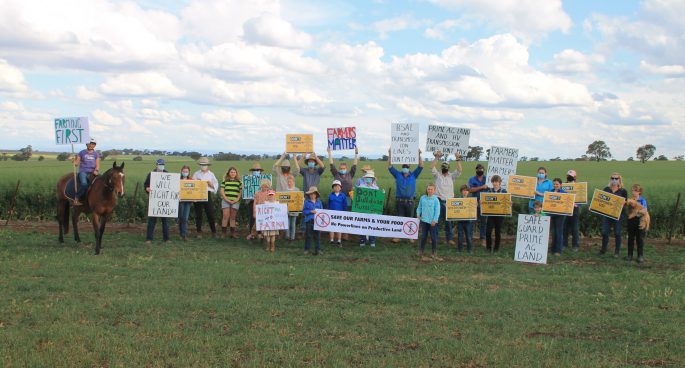 Landholders on the Merriwa Cassilis Plateau are protesting a proposal by electricity company Transgrid to build a transmission line corridor that would cut through productive farmland.

Landholders are asking that Transgrid considers alternative powerline routes so that their ability to farm and complete broad-scale cropping activities would not be impacted by the electricity highway.