The last time I saw Mulatu Astatke play Sydney was a few tours back upstairs at Kinselas. After the show he wandered around the venue interacting with folk, seemingly surprised and genuinely touched that anyone in Australia knew who he was. Like many in the West, I was introduced to the vibraphonist/percussionist’s gorgeous music through French releases like Éthiopiques and the Jim Jarmusch directed, Bill Murray starring, Broken Flowers movie. Obviously I wasn’t the only one to be transfixed by that film’s soundtrack  which, in order to contextualise the sometimes psychedelic jazz grooves, relied on a plot that involved Murray’s American suburban character being given a CD full of Astatke tracks from a neighbour who’d previously lived in Ethiopia. Staying to the end of the credits, thousands of us in cinemas around the world quickly scrawled down the unfamiliar name in the dark and went in search of his recordings. It helped introduce this father of Ethio-jazz’s considerable talents as both a composer and player, as well as his affecting melodies, to a global audience in the mid-noughties. Of course in his home country and in certain collector circles, Astatke had long been recognised as a master. These days international tours, and invitations ranging from opera collaborations to speaking engagements for the cool kids at Red Bull Music Academy, are thankfully regular. Remarkably, one of his lasting collaborations has been with multitudinous Melbourne band, Black Jesus Experience with whom the 75 year-old has toured extensively and recorded a couple of albums. The band were also on hand tonight to play both his tunes and some of their own inside the Spiegeltent’s wonderful ambience. 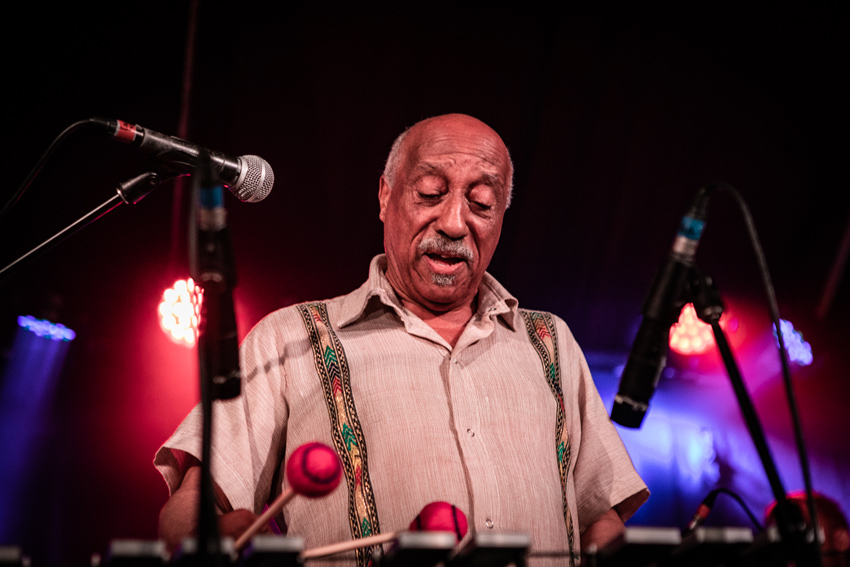 Humility and good grace seem to radiate from the man, readily acknowledging and thanking the younger musicians around him and smiling often throughout the night. Following an introductory tune from the band, the shortish Astatke arrived on stage with minimal fuss and immediately slipped into a trio of sublime downtempo tunes, all featuring his hypnotic, fluid vibes playing. Harmonically open-ended, each note bled into another and then another, each rippling across the venue in lengthy reflecting waves that had a meditative effect. It’s a sound you kind of bathe in and bliss out to, and while there were some volume issues with the mix at times (despite some robustly animated sign-language from saxophonist Peter Harper to the sound engineer signalling what we all thought: turn the vibraphone up) it sounded glorious, especially when signature tunes like Yèkèrmo Sèw got a run. 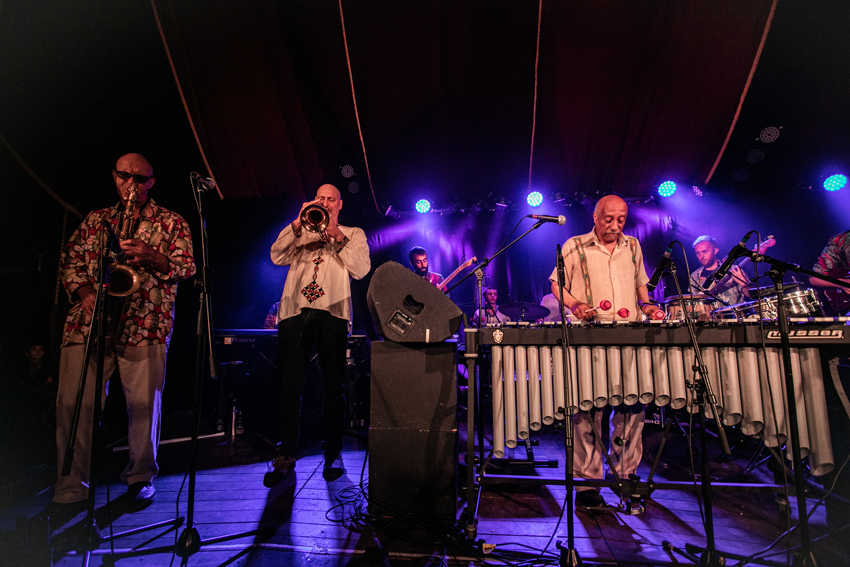 Much of the appeal in Astatke’s music comes from the divinely interwoven brass harmonies, nicely played by Harper alongside Ian Dixon on flugelhorn. If the second name is familiar, like me you may have been a fan of British-Australian ’90s future-jazz/soul exponents, UTE  who were one of those groups championed by forward-thinking Sydney label One Movement (and London’s Dorado). UTE’s album Under The External for the Mercury imprint, I.D. was nominated for an ARIA in 1996 signalling a further shift in this country’s slow move towards recognising music other than pop and rock in the awards’ frontrunner categories. Decades later someone like Astatke can sell-out a venue teaming with young people while playing largely instrumental tunes, and thankfully now not everyone on the local charts or enjoying radio play is white, sexist, fixated with power chords, or on the nose when it comes to politics. Both Dixon and Harper’s numerous solos were highlights tonight as was a rollicking solo by Australian statesman of the piano, Bob Sedergreen. I couldn’t quite tell from my vantage point, but Sedergreen was also most likely responsible for an impressive Afrocosmic synth wigout in the last quarter of the set, which I would have gladly submitted to for another 10 minutes or more. The unassuming Astatke also upped the polyrhythmic content for much of the gig’s second half with flourishes on congas and timbales. It was his sparring with percussionist Olugbade Okunade for an extensive breakdown however that really connected with the audience, second percussionist Kahan Harper and drummer James Davies providing a steady pulse. Out front for a handful of songs were ex-pat Ethiopian, Enushu Taye – who tipped the gender scales in a positive direction with her beautiful energy and nuanced vocals – alongside BJE’s long-serving MC, the proudly politicking MC Mr Monk (Liam Monkhouse). It was fortifying given the shallow state of public discourse and the gig’s proximity to Invasion Day, to have the crowd heartily applaud Monk’s right-on and impassioned acknowledgement of this country’s continued failings in regards to First Nations’ people. 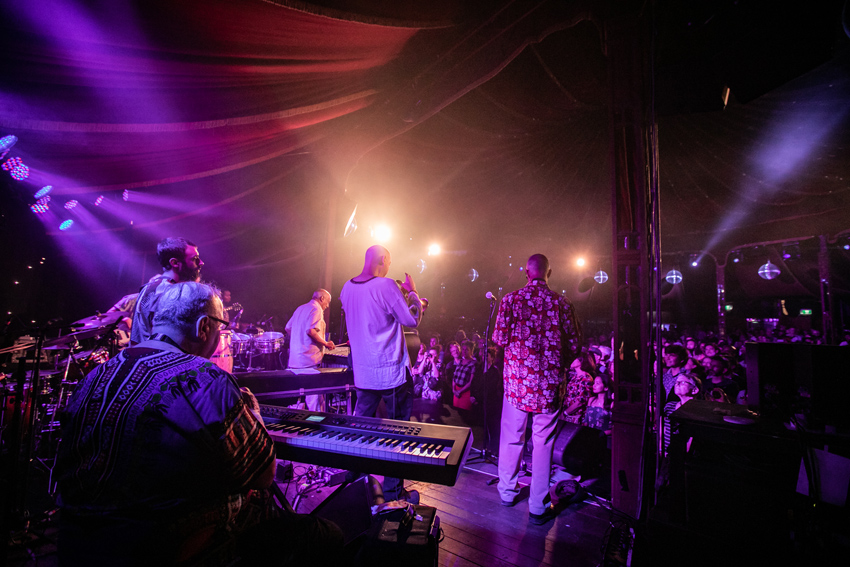 If the speedy sell-out of vinyl copies of Astatke and BJE’s new joint-LP, To Know Without Knowing at the merch desk following the gig is any indication, both made new converts tonight. To date it’s only been available at live shows, but both CD and vinyl versions will be released properly in early February. Follow the band here if you want first dibs.