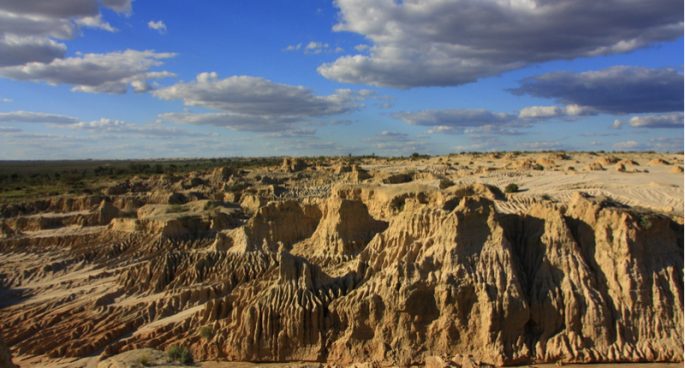 The remains of the first known Australian, Mungo Man, is returning to the Willandra area of New South Wales, where they were discovered in 1974. But has science found everything it can from the remains over the last 42 years? Dr Michael Westaway spoke to Eleanor about Mungo man’s future.

Image of Lake Mungo where Mungo man was found.