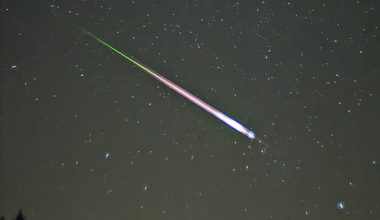 Recently, a fiery meteor shot over the Atlantic Ocean, the largest since the Chelyabinsk meteor over Russia in 2013.

While this meteor passed harmlessly through our upper atmosphere, the 2013 meteor exploded above Siberia, injuring 1600 people and causing widespread property damage.

Earlier this year, NASA opened its new Planetary Defense Coordination Office to track near earth objects which could pose a potential threat.

Sam Baran spoke to astrobiologist Jonti Horner from the University of Southern Queensland about these huge objects, asking first where they came from.