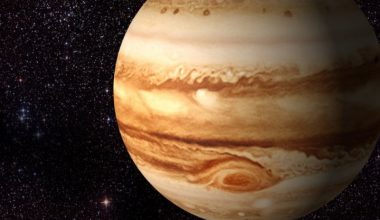 What will Jupiter be able to tell us about life on Earth?

NASA’s most recent space mission has seen spacecraft Juno head to to Jupiter. After departing Earth in 2011 and travelling nearly 3 billion kilometers, it has finally reached its destination.

The purpose of the mission is to see what matter makes up Jupiter’s core. Juno will also search for oxygen in the form of water which may indicate how Earth got water.

NASA partnered with researchers in Canberra to shift Juno into Jupiter’s orbit, placing the spacecraft in the precise location and igniting its engine at the exact moment to target the gas planet.

We were juoined by Dr. Brad Tucker, astronomer at Mount Stromlo Observatory, at the Australian National University, to find out more.