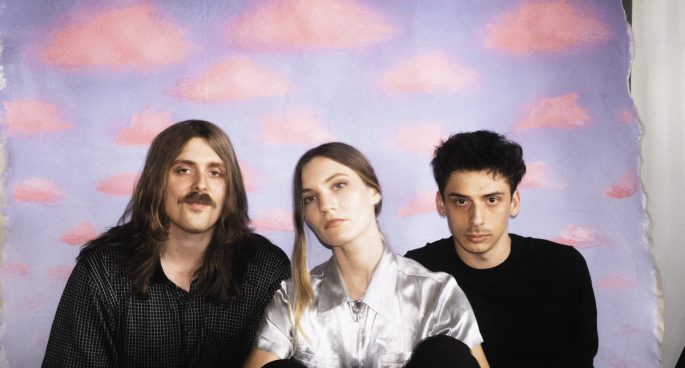 Going onto 2SER rotation from this week is the excellent fifth album from  Buttering Trio, Foursome – the title reflecting the recent addition of percussions Amir Bresler to the Tel Aviv group. Sultry desert funk and electronica interplay with evocative vocals on this fine album – recorded in four days and made up of tracks distilled from their live show. Hopestreet recordings has just released the latest from Melbourne six-piece  The Meltdown. Fronted by the dynamic vocals of Simon Burke, It’s a long road is loaded with dusty low-groove soul in the southern US style and a hint of gospel, with tight drumming and guitar underpinning the smoky arrangements.

Also playing loud on the airwaves is select tracks from formerly Sydney-based (now L.A) rockers Death Bells. Between here and everywhere is filled with persistent drums and melodic guitar hooks and a sound that sits somewhere between  large-venue rock to Depeche Mode-esque electronic directions. There is a constant sense of space in the production across this quality record, particularly on tracks such as Hysteria and Lifespring. 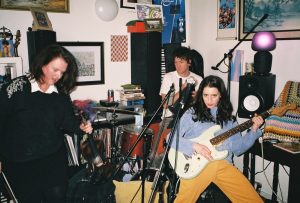 Also this week is the debut album from Melbourne folk-rock trio Dodda Rivka, One for the Funeral. Featuring a combination of slower, sweet jams and uptempo soul-stirrers, this was homerecorded in a one bedroom apartment. Lead singles such as Oh Ruby and River of Stars gave a sense of range behind their music, and this is a great independent release where drums, guitar and strings work together in an album that is at turns earthy, tense and surreal.

Lighting up the airwaves too is Fairy Rust, the latest from  Louisville, Kentucky trio Wombo. An excellent outing filled with sharp guitars ,wonky basslines and off-kiler drum rhythms up front with a strong serving of new wave. Latter parts of the album open up to plucky melodic songs with a spaced out art-rock feel. There’s much range here and much akin to Sterolab and Dehd.

Sydney-based duo and long-running 2SER favourites, Key Out just released their latest single  with Face, a wonderful slice of percussion driven fuzz-pop, and a taste of their upcoming album Afterville. Also with an upcoming album is Sampa the Great – and the singles from that have been coming in thick and fast. Her latest, Bona is a typically gritty and punchy one, taking references from  Kwaito Hip Hop and her Zambian heritage. 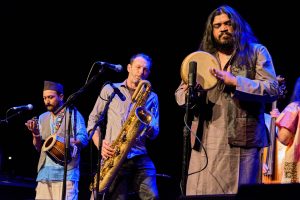 Also featuring on 2SER from today is the latest from Bengali rock-fusion group The Three Seas, with Menoka Mathaye. Drawing inspiration from mythology as well as a cornucopia of musical styles, this is an excellent track from the Western Sydney group. As well, we’ll be playing the latest from Julia Jacklin, The Murlocs, as well ice-cool post punk sounds from Thus Love. Tune in throughout the week to 107.3 fm,  DAB, APP (or hit the little play button at the top of this very webpage) to hear all this and more.